To tackle the situation, power supply was restored from IP Extension sub station but it also tripped for five minutes at 8.25 am. 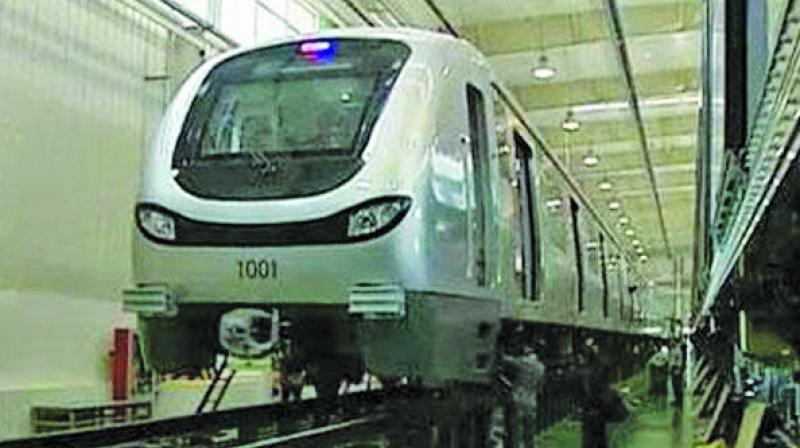 Metro services in the recent past have been hit due to one or another reason.

New Delhi: A day after power failure delayed services on the Delhi Metro’s Yellow Line, erratic power supply again affected train services on the Violet Line, connecting ITO to Escorts Mujesar in Faridabad. Movement of seven trains were affected with four round trip cancellations and two trains being delayed for over an hour, causing hardships to the office goers.

It was a “rare situation” when three sub stations tripped one after another due to problems of power supply causing cancellation of four round trips, two delayed trips and one partial trip cancellation on the Line 6 (Violet Line), said Sharat Sharma, director (operations) of Delhi Metro Rail Corporation (DMRC).

“ DMRC draws power through a number of substations of DTL. If some momentary problem occurs at one source DMRC should draw power from other source and also overcome shortcomings in its network” said DTL spokesperson.

The problem began with power tripping at Sarita Vihar sub stations at 8.11 am and immediately supply was restored from Faridabad sub station which also tripped at 8.28 am. Supply tripped at both the sub stations thrice each, intermittently, affecting the train movement.

Metro services in the recent past have been hit due to one or another reason. A power supply snag hit the Yellow Line, delaying train movement along the North-South corridor on Monday. DMRC has lodged a case against a telecom company in this regard for snapping a power line.

The Blue Line connecting Dwarka Sector 21 to Noida City Centre and Vaishali is often affected by snags related to signalling problems. “Line 3 is more prone to failures due to a different signalling system used by us,” Mr Sharma said.

Office goers had a hard time as they were stranded in the trains as well as on stations as train services remained affected for around two hours. “In normal cases of tripping at any sub station, power supply is restored from another one but in this particular case the situation was difficult due to tripping of power supply at three sub stations intermittently,”  Mr Sharma said.