Addressing the party workers, Mr Tiwari said that three years of Kejriwal government has pushed back development in Delhi by 30 years. 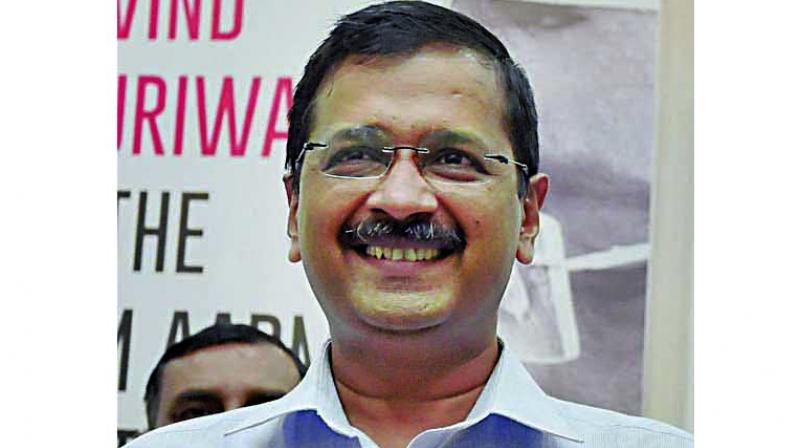 Delhi BJP in a statement said that at around 12 noon, thousands of BJP workers along with Mr Tiwari marched towards the chief minister’s official residence.

The police used heavy force, including water cannons, against the protesting BJP workers, resulting in injuries to several workers including the Delhi BJP chief. One of the party workers was so badly injured that he has been admitted to a hospital.

Addressing the party workers, Mr Tiwari said that three years of Kejriwal government has pushed back development in Delhi by 30 years.

“Corruption is the catword everywhere. The ministers and officials are using the safety of their bank accounts to loot public money. The connivance between Delhi minister Satyender Jain and official Rishipal serves as an example.”

Mr Tiwari alleged that development works have been stalled and today are surprised to see that the chief minister inspite of neglecting Delhi is leaving no stone unturned in celebrating the completion of three years in power.

“Mr Kejriwal has been teaching a lesson of honesty to all the political parties, but his own party’s 20 MLAs, who were disqualified by the Election Commission, violated the Constitution by accepting offices of profit.”

Similarly, the people of Delhi are also shocked to witness the discrimination in giving compensation to the victims of murders, especially in the case of the murder of one Ankit Saxena,” Mr Tiwari added.

Leader of opposition in the Delhi Assembly, Vijendra Gupta said that the legislators and minister of the Kejriwal government who came to power by showing false dreams to the people are now openly opposing the government on the streets.

“The Kejriwal government is not only weakening the constitutional bodies, but also creating sweveral opportunities for corruption by manipulating the schemes illegally,” Mr Gupta alleged.