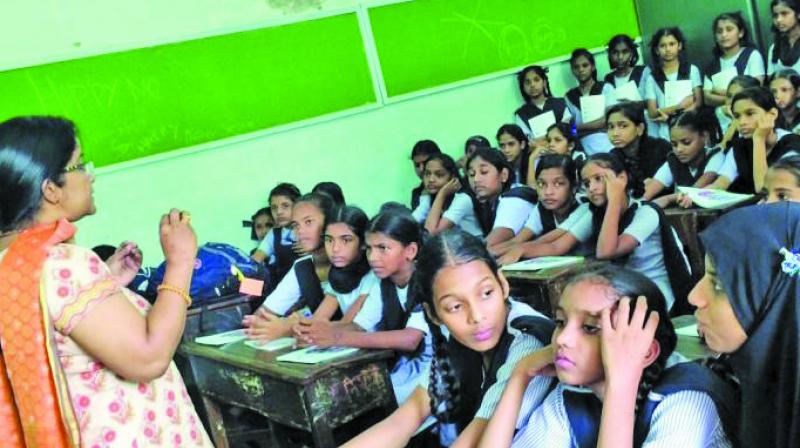 The parents have complained that the school has not provided them the breakup of the fee structure yet.

New Delhi: Justifying its fee hike, a private school in the city has said, in a circular to all parents, that the school’s revenue “has been decreasing” on account of the “non-fee paying EWS children being admitted each year.”

Bal Bharti School in Pitampura, which has hiked its fee citing recommendations of the 7th Central Pay Commission (CPC) despite Delhi high court’s directions to schools to not increase fee, has also asked parents not to be “misled by media, social jurists, and activists or anyone else” since any decline in quality of education and infrastructure will lead to “loss of learning opportunities for children.”

“The school’s revenue has been decreasing on account of a hundred non-fee paying EWS children being admitted each year. Today, the school has over 994 EWS (economically weaker section) children on roll for which the government does not pay a single penny,” said the circular.

A complaint regarding the circular was also registered with education minister Manish Sisodia and the director of the Directorate of Education (DoE) by education activist Sumit Vohra.

In October last year, the Aam Aadmi Party (AAP) government had allowed the schools to hike the fee by 15 per cent to comply with the 7th CPC. However, it withdrew its directions after the high court stayed its order.

Following the order, the government had said it would conduct an audit of the financial accounts of all the 1,700 private schools in the city to stop ‘unjustified fee hike.’ However, the above school not only hiked the fee, it also asked for six months’ tuition fee in advance. The parents have complained that the school has not provided them the breakup of the fee structure yet.

“By asking the parents not to believe the media or activists, the school has attacked the integrity of the press and activists working in the field of education. The parents, who have admitted their wards in the schools, have complained that the school is charging more than it has mentioned on its website and that they have not received any breakup of the fee structure. It cannot hike the fee since it is on government land and the court has currently put a stay on any such increase till further orders,” said Mr Vohra.