Another official said that there are several vehicles lying unused in some Delhi government departments. 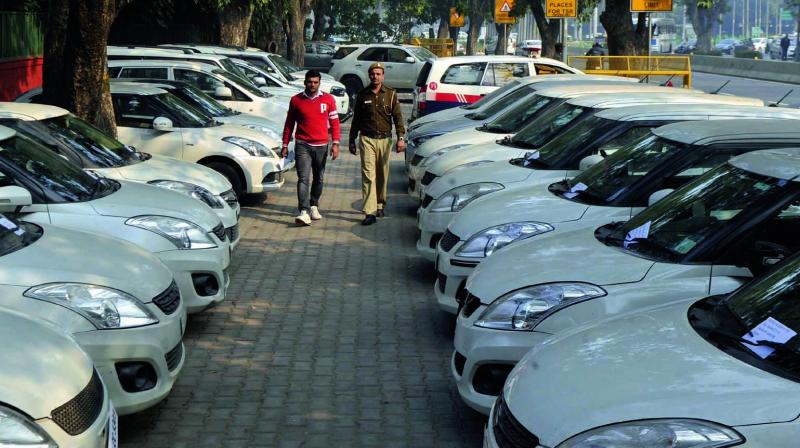 Another official said that there are several vehicles lying unused in some Delhi government departments. (Photo: GN Jha)

New Delhi: The Delhi government has asked principal secretaries and secretaries to provide information regarding the number of vehicles hired in their respective departments and expenditure incurred on them within ten days.

The move is intended to make assessment of the use of cars as well as providing each department with required number of vehicles for their official works, an official said.

He said the finance department had also sought details on hiring of vehicles and expenditure incurred on them in January, but barring few departments, such information has not been provided.

Another official said that there are several vehicles lying unused in some Delhi government departments. “Once such details are provided, number of vehicles in various departments will be ascertained,” the official said.