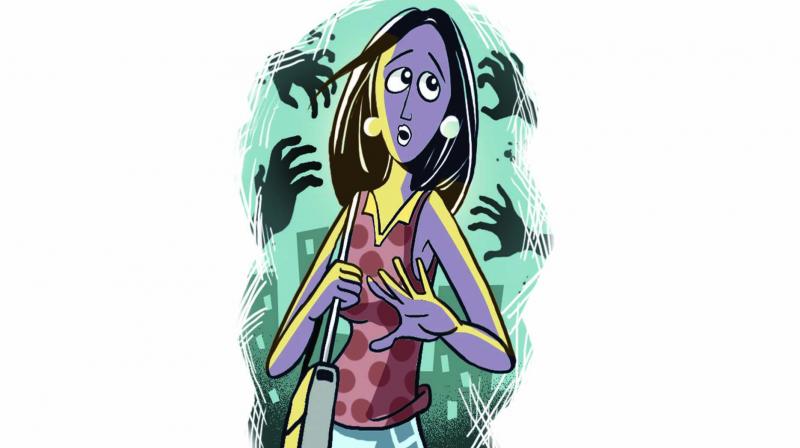 New Delhi: Close on the heels of the rage erupted across the nation over Kathua and Unnao rapes, a similar incident came to light from the national capital, where a 19-year-old was confined, raped and physically assaulted for 10 days.

The accused forcibly took the victim on the gun-point along with him to his residence in the Aman Vihar area of Delhi on March 30.

The kidnapping and rape case of the teen girl has yet again raised concerns over women’s safety in the city. The victim, a resident of Sultanpuri, is a student of Class 11.

According to the complaint, the girl came in contact with the accused, after which the two became friends.

On March 30, the girl met the accused and was roaming in the locality when at around 11.30 pm, the guy took the girl to his house where he confined her in a room on the first floor.

According to the complainant, he then repeatedly raped her for 10 days. When the girl used to resist his bid, he allegedly gagged her mouth, tied her hands and legs and beat her with leather belt and iron rod.

The police said that the accused would keep her in the room’s loft and would go out after locking her. This horrific ordeal went on for several days and, finally, on April 9, the girl somehow managed to untie herself and escaped from the house.

The victim told the police that she ran to her residence and narrated the ordeal to her mother.

The family then approached the Delhi police and a case under IPC (Indian Penal Code) Sections 354D (stalking), 365 (kidnapping or abducting with intent secretly and wrongfully to confine person), 344 (wrongful confinement for ten or more days), 323 (voluntarily causing hurt), and 376 (rape) was registered against the accused.