The two cases filed against Kumar fall under the jurisdictions of the Janakpuri and Vikaspuri police stations in West Delhi. 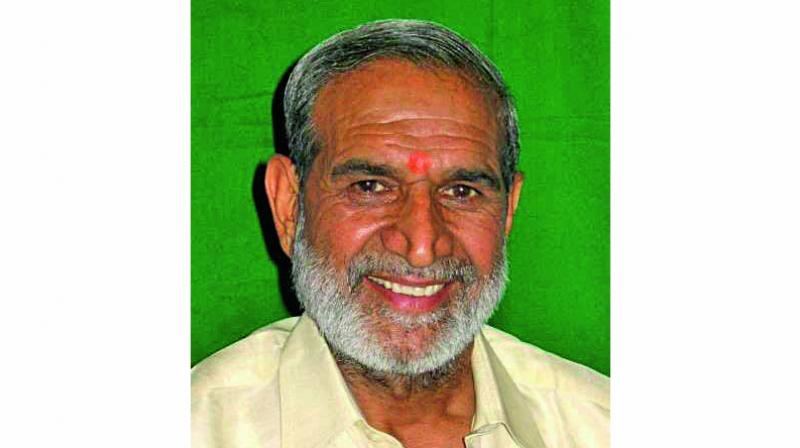 New Delhi:  A Delhi court on Monday issued directions for conducting a lie detector test on Congress leader Sajjan Kumar on May 30 in connection with two 1984 anti-Sikh riot cases after he gave his consent for the same.

Metropolitan magistrate Santosh Kumar Singh directed the director of Central Forensic Science Laboratory (CFSL), Lodhi Road, to conduct a polygraph test on Kumar, who was earlier granted anticipatory bail in the cases, and disposed of the application of the special investigation team (SIT) constituted by the Supreme Court.

“The court has examined the accused regarding voluntariness only with respect of giving consent for conducting lie-detector test (polygraph test). The accused submits he wishes to give his consent voluntarily.

“Copy of this order be supplied to the investigati-ng officer, counsel for acc-used and to director CFSL, CGO Complex, Lodhi Road with the direction to conduct lie detector test on accused Sajjan Kumar on May 30. Application stands disposed of, “ the magistrate said.

The court, in its order, recorded the submission of the defence counsel, Anil Kumar Sharma, who said that Kumar was ready to undergo a lie-detector test as sought by the SIT.

The two cases filed against Kumar fall under the jurisdictions of the Janakpuri and Vikaspuri police stations in West Delhi.

The Janakpuri case pertains to the killing of two Sikhs — Sohan Singh and his son-in-law Avtar Singh — on November 1, 1984.

The Vikaspuri police station case is related to the burning of Gurcharan Singh on November 2, 1984. Gurcharan, who remained bed-ridden for 29 years, had died three years ago.

In these two cases, the Delhi high court had in February upheld a trial court order granting anticipatory bail to Kumar and had disallowed the plea by the SIT, probing the riots cases, saying that according to records, he was available throughout the investigation.

The Congress leader was granted anticipatory bail by the trial court on December 21, 2016 in the two cases of killing of three Sikhs during the riots which had occurred after the assassination of the then Prime Minister Indira Gandhi.

In January this year, the Supreme Court had app-ointed former Delhi high court judge S.N. Dhingra as chairman of its SIT to further investigate 186 riot cases which were closed by the earlier SIT.

The government SIT was set up on February 12, 2015, following a recommendation by the home ministry-appointed Justice G.P. Mathur (Retd)  committee to reinvestigate “serious cases” filed in Delhi relating to riots that followed the assassination of Indira Gandhi.