‘Delhi is among least abusive cities towards elderly’

The 19-Delhi report aims to understand in-depth how elders are treated in public spaces across the nation. 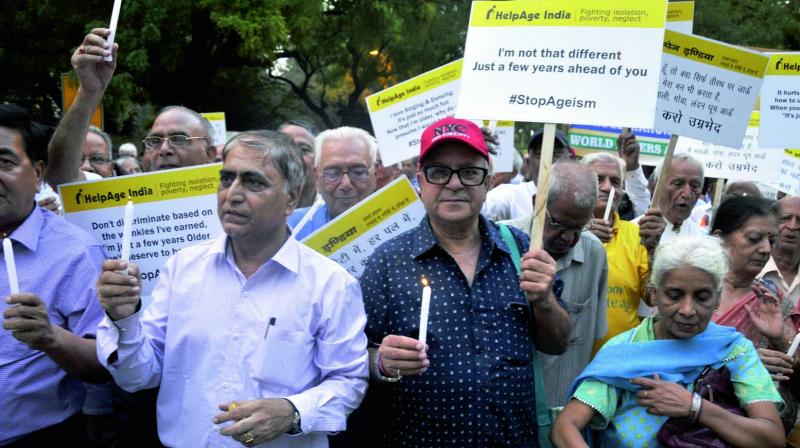 New Delhi: Nearly one in every two elderly people faced abuse in public spaces across India and Delhi was among the least abusive cities, a report by HelpAge India has claimed.

According to the report, ‘How India treats its elderly’, 23 per cent of the elderly in the national capital faced abuse as against 70 per cent in Bengaluru, which recorded the maximum abuse, followed by 60 per cent in Hyderabad, 59 per cent in Guwahati, 52 per cent in Kolkata, 49 per cent in Chennai and 33 per cent in Mumbai.

The national average was 44 per cent.

Delhi figures in the top when it comes to bad behaviour of government hospital staff towards elders with 26 per cent, followed by Bengaluru with 22 per cent, as per the nationwide report, titled “How India treats its Elderly”, released on Wednesday.

The 19-city report aims to understand in-depth how elders are treated in public spaces across the nation.

Previous “elder abuse” surveys show that 50 per cent of India’s elderly are abused at home. Abuse at home can have a variety of personal reasons such as lust for property, perceived financial and emotional burden on the care giver, according to the HelpAge India.

What is more worrisome is mistreatment and abuse in public spaces. Forty-four per cent elders say they have been abused in the public space at some time or the other, as per the recent report.

“Elder abuse is a sensitive topic. Over the past few years we have been studying and researching elder abuse within the closed doors of one’s home. We have surveyed the elder perspective as well as the youth perspective. This year, we decided to move out of the home into the much broader area of public space,” Mathew Cherian, CEO HelpAge India, said.

As far as public transportation is concerned, two out of three of those who take public bus reported that they are offered seats regularly. But a significant 16 per cent elders have experienced rudeness by conductors and drivers, the report says. While there is good behaviour towards elders in the public spaces with 65 per cent offered seats in the public bus very often, 57 per cent elders receiving special treatment from bank staff and 70 per cent receiving proper attention from hospitals, the report says.

Seventeen per cent of mall staff behave badly with elders, the worst in all of the service delivery points. Twelve per cent of the elders have been treated badly by others in a queue, while trying to pay their utility bills such as telephone, electricity, etc, as per the report.