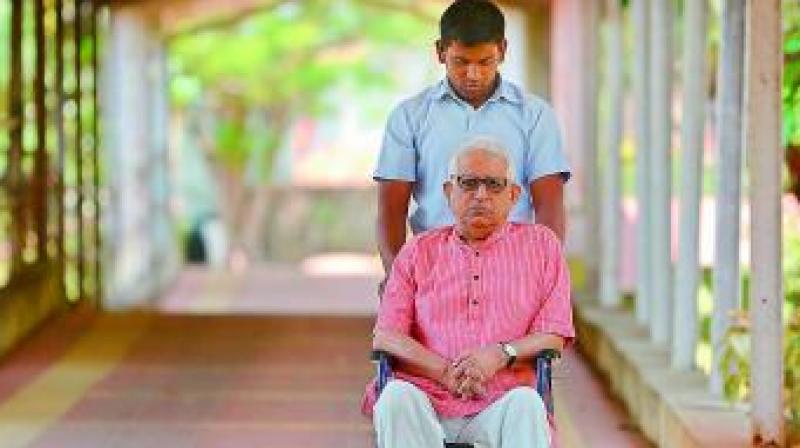 The study that aimed at understanding the extent, depth, form, frequency and reasons behind such abuse, revealed that nearly one-fourth of the elderly population.

New Delhi: Delhi is among the top five cities reporting a high percentage of elderly abuse with 33 per cent of the elderly population being treated poorly, a new survey has noted.

The survey conducted by HelpAge India on 5,014 eldery persons across 23 cities revealed that the  maximum amount of abuse happens in Mangalore (47 per cent), followed by Ahmedabad (46 per cent), Bhopal (39 per cent) and Amritsar

The study that aimed at understanding the extent, depth, form, frequency and reasons behind such abuse, revealed that nearly one-fourth of the elderly population experienced abuse personally, and often the abusers were either sons (52 per cent) or daughters-in-law (34 per cent). “Unfortunately, elderly abuse starts at home and from whom they trust the most.

“This year, the son has turned out to be the foremost perpetrator, followed by daughter-in-law who is perceived as the primary abuser as per past surveys,” M. Cherian, CEO, HelpAge India, said.

The organisation also runs a toll-free helpline for elders to be able to reach out for help in case of instances of abuse. Another finding of the report underlined how 82 per cent of the abused elderly don’t report the matter to either “maintain confidentiality of family matter” (52 per cent) or “don’t know how to deal with problem” (34 per cent).

The latter suggests the aged’s lack of awareness, the report noted. According to the respondents, sensitisation of children and strengthening inter-generational bonding is the main way forward.

“Around 38 per cent elders feel the way to deal with elder abuse is to sensitise children. Another way of tackling with this increasing generation gap between the young and the old, is to bridge the technology gap and empower our elders,” Rohit Prasad, COO, HelpAge India, said.

Joining hands in the fight against elder abuse, the organisation, along with 300 senior citizens from across the city,will hold a candlelight march on Friday.