Cricket, a balm for expats in South Delhi’s ‘Little Afghanistan’

Many eateries plan to telecast Afghanistan’s matches from now on to draw in custom. 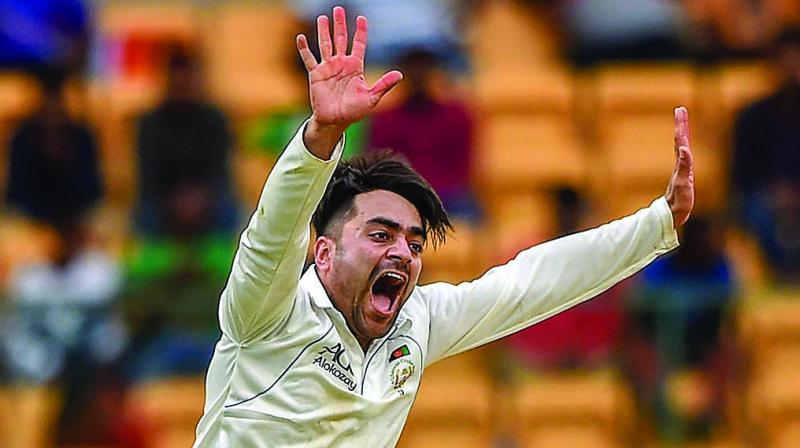 New Delhi: For the large number of patrons packed into the Al-Naseeb eatery in Lajpat Nagar’s Central Market, Yamin Ahmadzai’s dismissal of opening batsman Shikhar Dhawan was a moment of pure delight.

“It is a very big occasion for Afghanistan. A proud moment for us. This is the golden period of Afghanistan cricket. Playing the top-ranked Indian Test team is an honour,” Masmullah Hazrat, who has recently opened the restaurant in Lajpat Nagar II, told this paper on Thursday.

Afghans residing in Lajpat Nagar, often called “Little Afghanistan” for their numbers — believed to be between 30,000 and 40,000 — say the country’s steady rise through the echelons of cricket has given them a joy they have desperately craved.

Owners of Afghan-themed restaurants in the area also hope the rising stature in cricket will help people get accustomed to the country’s signature dishes, helping in their business.

Many eateries plan to telecast Afghanistan’s matches from now on to draw in custom.

Hazrat pins hopes on star 19-year-old spinner Rashid Khan, who wowed one and all with his 21 wickets in the Indian Premier League for Sunrisers Hyderabad and feats elsewhere in T20 leagues around the world.

“Rashid is our hero. The IPL has helped him and other Afghan players develop a lot. His success inspires our country’s people,” he said.

Rashid (1/120) and co-spinner Mujeeb ur Rahman (1/69) helped Afghanistan claw their way back in Bengaluru after Dhawan and Murali Vijay had pummelled their bowlers on the first day of the Test. “Definitely a huge moment for us. For so long the condition of our country wasn’t stable. People there have suffered a lot. Now with Afghanistan playing Test cricket we have something to cheer about,” Ahmed Fawad Ahmedi, 35, said. Afghan cricket, which started from refugee camps in Pakistan, has seen a steady rise over the years, including a recent beating of Bangladesh 3-0 in a three-match T20 series that has helped them climb to eighth in the world T20 rankings, above Sri Lanka and Bangladesh. They are currently 10th in the ODI rankings, ahead of Zimbabwe. The series victory over Bangladesh at their new home away from home, Dehradun, has only emboldened their belief that they can shine at the international level.

“Bangladesh were not easy opposition. They have beaten India in T20s and ODIs in the past. We have also had a good run in ODIs,” Hazrat said, before acknowledging that Tests pose a different challenge.

“Test cricket is huge. Of course it won’t be easy. But we have quality spinners who can prove to a handful.” Rashid’s success has helped his countrymen warm up to cricket significantly.

“Even five years ago nobody thought of playing cricket or taking it up as a profession. But now every kid in each family is talking about cricket and wants to know about the game.

“Nobody could have believed this was possible five years ago. Now the older generation of people is also praying for the team’s win. This transformation is interesting,” Hazrat added.