21 stations of Red Line Metro to get facelift

That segment was thrown open for passenger services the next day, becoming the first operationalised corridor of the Delhi Metro. 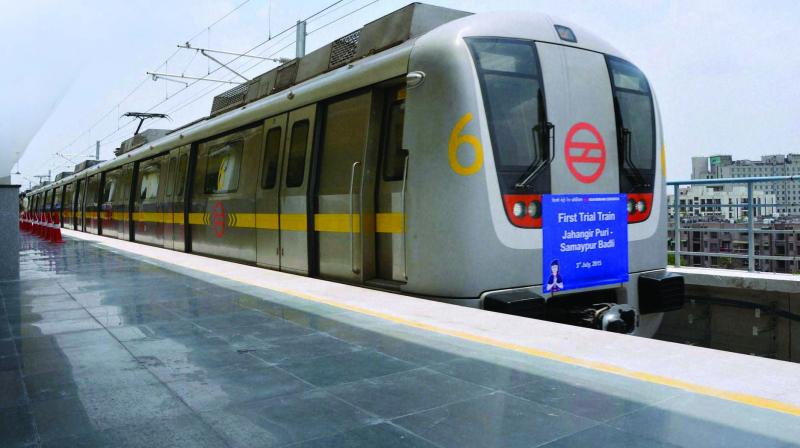 From exterior beautification to installation of new signages, 21 stations of the Delhi Metro’s Red Line from Rithala-Dilshad Garden are set to be renovated.

New Delhi: From exterior beautification to installation of new signages, 21 stations of the Delhi Metro’s Red Line from Rithala-Dilshad Garden are set to be renovated.

A senior DMRC official said the work on the busy corridor will be carried out in phases. He said that the renovation work was being taken up on Line 1 covering all the 21 stations (Rithala-Dilshad Garden) in phases. “Tenders have been finalised for three stations — Dilshad Garden, Jhilmil and Mansarovar Park and tendering for the rest of the stations is in process,” he added.

The scope of the work primarily includes exterior facade renovation, which will comprise providing it a colour theme, aluminium louvers and structural glazing. Among other works, granite flooring will replace the existing terrazzo flooring at concourse and ground floor levels of these stations.

The DMRC official said while renovation of stations takes place from time-to-time, this is the first time when such a “large scale renovation” of stations is being undertaken. The work is expected to be executed within nine months after finalisation of tenders.

The Red Line’s 8.2-km stretch between Tis Hazari and Shahdara stations was inaugurated on December 24, 2002 by then Prime Minister Atal Bihari Vajpayee. That segment was thrown open for passenger services the next day, becoming the first operationalised corridor of the Delhi Metro.

In these 17 years, the Red Line has expanded to 34.72 km, out of which an over 9 km-section between Dilshad Garden in east Delhi and New Bus Adda in Ghaziabad was inaugurated by Prime Minister Narendra Modi in March.

Barring, Shahdara and Welcome stations, which are on surface level, all stations on the Red Line are elevated. “As part of renovation of stations on the Rithala-Dilshad Garden section, other work will include retro plating (chemical polishing) at platform-level, interior repair and maintenance (cladding),” the official said.