Prince lives near Hanuman temple with his family where a man used to teach the underprivileged children on a weekly basis. 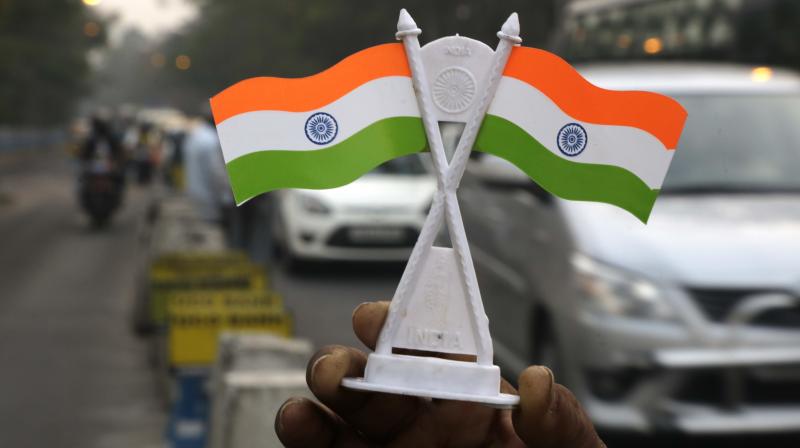 An Indian street vendor sells Indian flags at a traffic intersection on the eve of India's Independence Day. (Photo: AP)

New Delhi: A 10-year-old boy Prince, who is selling tri-colour flags at a traffic island opposite Hanuman Mandir in central Delhi, for him how much he would earn on the eve of I-Day would decide whether or not he will get admitted into school.

Prince lives near Hanuman temple with his family where a man used to teach the underprivileged children on a weekly basis. However, three months ago, in an anti-encroachment drive, the family got relocated to Shankar market by the municipal authorities.

Since then, getting an education has remained a priority for Prince whose father, who sells fidget spinners. The boy’s father  promised him that he would send him to school if he helps him in increasing the earnings for the family.

“Ahead of Independence Day people love to buy these flags, badges, bands among others, which will fetch me a good amount of money. I can then go to school after August 15,” he said.

At a distance, stood Radha, persuading visitors at Connaught Place to buy hand bands, flags and badges for I-Day. The 20-year-old girl has spent her entire childhood on the streets.

When asked what ‘azadi’ meant to her, she started wondering at the question and after some thought, said, “These festivals don’t matter to me.”