The entire episode has been caught on the CCTV camera and the cops police are investigating the matter. 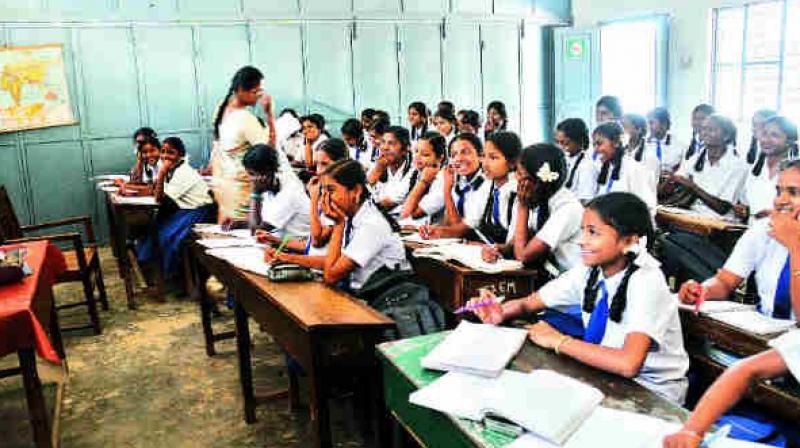 Furious over poor marks scored by his son, the father beat up the teacher who was giving tuitions. (Representational image)

New Delhi: A lady teacher was beaten up by the parents of a student who secured low marks in an examination in Prashant Vihar of Rohini area on Sunday.

The student used to take coaching from the victim. The entire episode has been caught on the CCTV camera and the cops police are investigating the matter.

The incident took place when the teacher was on her way and the accused along with his wife got down from their car and allegedly started beating her, said sources. Surprisingly, the onlookers remained silent throughout.

Furious over poor marks scored by his son, the father beat up the teacher in public. According to the police, the student used to take tuitions from the victim and was weak in studies. Despite several attempts, he was unable to secure good marks. On this, the accused was highly disappointed which instigated him to act like this, added cops. Earlier, the accused got into a heated argument with the victim on the same. Following the incident, the victim immediately informed the police. But, by then the accused along with his wife had fled the spot.

After this, the cops swung into action and arrested both the accused. Later, they were released on bail.

“We are investigating the matter and examining the CCTV footage provided by the victim’s relative. We will take action as per the law,” said an official.