‘People in power breeding an atmosphere of hatred’

He said he did not know his attackers but added they were not the real culprits. 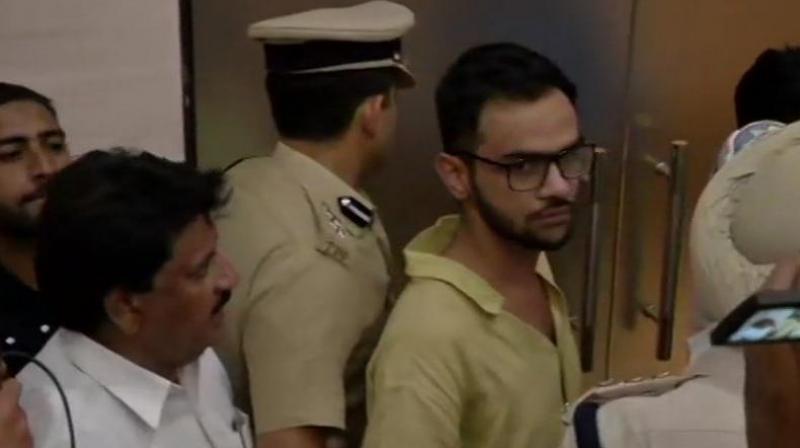 New Delhi: JNU student leader Umar Khalid on Tuesday said the real culprits behind the attack on him are those who “have been breeding an atmosphere of hatred, bloodlust and fear” and that the attack in a high-security zone proved that some people felt that they enjoyed impunity under the current regime.

Mr Khalid was allegedly shot at by an unidentified person at the Constitution Club in the high-security area near Parliament on Monday. He had escaped unhurt.

In a Facebook post, he blamed the BJP spokespersons and the media who, he said, have called him a part of “tukde tukde” gang. He shared a picture in which he is seen with Gauri Lankesh, who was shot dead last September. “With the repeated threats ag-ainst my life, and having se-en the assassinations of one activist after the other, I somehow knew that someday a gun may be turned against me too,” he wrote.

“Dhabolkar, Kalburgi, Pansare, Gauri Lankesh…the list of assassinations has been ever-growing. But can I say that I was ready for this? Can anyone ever say that they are ready for such an eventuality? No,” he said.

Khalid said the fact that he was attacked in one of the most “high security” zones of the capital proved how some people felt they enjoyed impunity under the current regime.

He said he did not know his attackers but added they were not the real culprits.

“The real culprits are those spokespersons of the ruling party and the prime time anchors and TV channels who have spread canards about me, branded me anti-national based on lies and virtually incited a lynch-mob against me,” he wrote.

He said he had been made a victim of a media trial for the last two years without any evidence or charge sheet.

“Why is it that hashtags like “Tukde Tukde” has literally become a prefix to my name, whereas BJP leaders openly support those who say they will do “tukde tukde” of the country if a certain movie is released?” he asked.

Mr Khalid sought security from the Delhi Police and claimed that in the last two years, whenever he had asked for police protection, he was given a “callous response”.