The RPF is also rescued children lost or run away and handed them to their parents and appropriate NGOs. 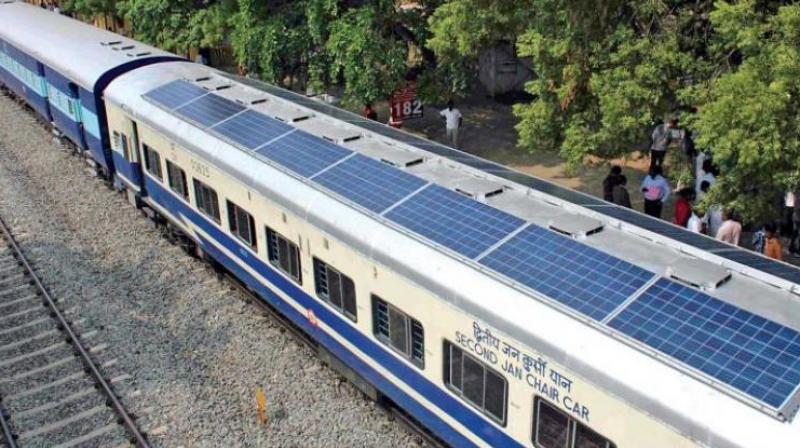 The Railway Protection Force (RPF) had made these arrests. The RPF is escorting 220 trains across the Northern Railway to ensure passenger security. (Photo: Representational/File)

New Delhi: To keep station area free from anti-social elements, the Northern Railway has arrested 61,211 persons under different sections of Railway Act and raised an amount of over Rs 1.51 crore from them since January 2018.

The Railway Protection Force (RPF) had made these arrests. The RPF is escorting 220 trains across the Northern Railway to ensure passenger security.

According to Northern Railway spokesperson, the RPF strives hard to ensure that railway passengers travel in a secure environment as it is the sole caretaker for providing security to railway property, passenger area, and passengers which is doing its job with full commitment.

“Railway property worth over Rs 25. 52 lakh was recovered with the arrest of 484 persons under Railway Property (Unlawful Possession) Act. In the year 2018 (up to July), RPF apprehended 250 IPC criminals involved in passenger related crime and handed them to government railway police,” he said.

Railway minister has declared year 2018 as the year of ‘Women and Child Security’ and in this regard, ‘Bhairavi’ and  ‘Virangna’ teams have been formed containing lady RPF staff. “1,384 male passengers travelling in ladies coach were arrested in the current year,” he added.

The RPF is also rescued children lost or run away and handed them to their parents and appropriate NGOs. “In the year 2018 (up to July), 2137 children including 221 girl child were rescued and handed over to different NGOs to re-unite with their families. RPF helpline number 182 is functioning 24X7 and provide security related assistance to passengers,” said the Northern Railway spokesperson.

A senior official emphasized that the Northern Railways is ever committed to deliver the best of facilities and amenities to rail passenger including safety and security. “For this purpose, RPF and Northern railways strives hard to ensure secure environment for them,” he said.