The group had even taken a professional camera on rent and were clicking pictures with train appearing in the background. 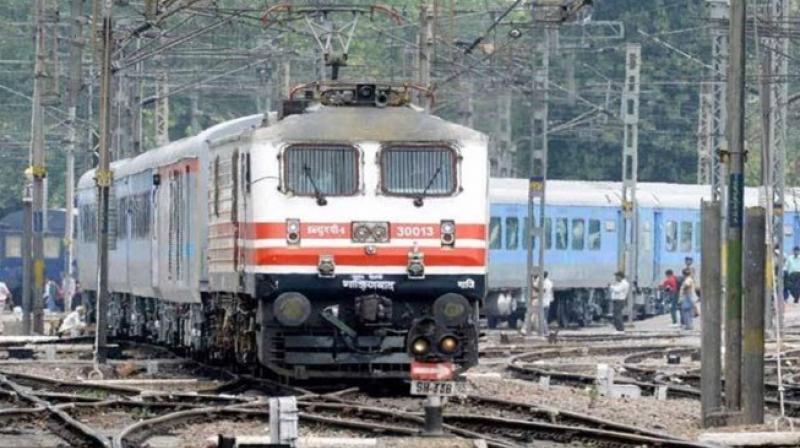 New Delhi: In a horrific turn to a 'fun photoshoot', two teenagers were killed after they were hit by a moving train while taking pictures on the railway tracks near Akshardham Temple flyover in the national capital, police said today.

The incident occurred on the evening of January 14 when Shubham Saini (15) and Yash Chandelia (15) along with five of their friends had gone to the railway tracks to have a 'fun photoshoot', police said.

The group had even taken a professional camera on rent for the photoshoot and were clicking pictures with train appearing in the background, they added.

Suddenly, they saw trains coming from New Delhi and Anand Vihar on the up and down railway lines. While five of their friends managed to save themselves, Yash and Shubham, who had gone to the tracks for the first time, got confused and were hit by the train coming from New Delhi, said an officer.

Yash's mother, Kamlesh Devi, has not been able to come to terms with the death of her only son, police said.

On January 14, her son had left their house in east Delhi's Pratap Nagar area of Mayur Vihar a little before 12 noon for his tuition classes.

Yash's family said they never knew that he liked clicking pictures and had even left his cellphone at home on the fateful day. "On January 14, he had gone to his tuition classes for a test that ended by 2 PM. He left from there with his friends around 2.30 PM. Usually, his classes were between 7.30 PM-9.30 PM but they had a test that day," said his uncle Ravi.

His uncle said Yash was doing quite well in his studies and his teachers at Aster Public School always praised him. Yash wanted to either join police or the armed forces and had no interest in modelling or clicking pictures, his uncle said.

"He was studying in Class X and was quite studious. He used to take tuition classes for Maths and Science subjects at a tuition centre located a kilometre away from our house," his uncle said.

He never had fascination for clicking pictures or riding a motorcycle. "We have a DSLR camera at home and if he had any such plans, he would have taken the camera from home itself. It was his first visit to the railway tracks.”

"We have heard that the five students, who had a narrow escape, used to go to the tracks to click pictures. We haven't yet spoken to those children and their parents," said Ravi.

Even their tuition teacher claimed that he had not seen them clicking pictures in the classrooms.

Yash's father Rajesh works in Hyundai while his mother is a homemaker. Yash also has a younger sister Akanksha, aged 14.