Father of 5 held for raping minors

Admits to over dozen similar offences with many girls in Delhi, UP and Uttarakhand. 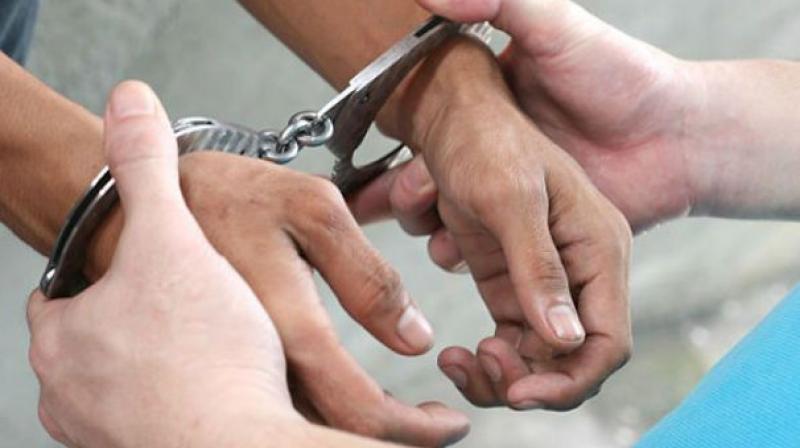 The police said that he has committed over a dozen cases in UP and Uttarakhand. (Representational image)

New Delhi: In a shocking revelation concerning crime against children, a 38-year-old serial rapist, who was on the prowl and used to sexually assault school-going min-or girls, was arrested by the East Delhi police on Saturday. In a span of one week, the accused had sexually assaulted three girls. A CCTV camera installed in the area led to the arrest of the accused. The police said that he has committed over a dozen cases in UP and Uttarakhand.

The Protection of Children from Sexual Offences (Pocso) offender and paedophile has been identified as Sunil Rastogi, a native of Rampur in Uttar Pradesh, who came to Delhi in 1990. However, he left Delhi in 2004 and started living in Rudrapur in Uttarakhand. What has emerged as even more shocking is that Sunil is married and has three daughters and two sons. He worked as a tailor in New Ashok Nagar but was thrown out of his locality because of his pervert behaviour.

According to the police, on December 13, 2016, a Pocso case was registered in the New Ashok Nagar police station after a 7-year-old minor girl was sexually assaulted by the accused. The police had registered a case in this regard. The police became alert and grew suspicious when they received two more cases of Pocso from New Ashok Nagar where the school-going children were sexually assaulted in a similar fashion on January 10, 2017.

With the stark similarities in all the three cases where three innocent girls between the age group of seven and 10 years became the target of the heinous crime by a paedophile, the New Ashok Nagar police began a probe and constituted a special team. The team matched the statements of the minors who had become the prey of the perpetrator. They found that he had misled the girls on the pretext of giving them clothes and stating that their father had sent him. Based on credible information and with the help of CCTV camera footage, the police picked-up Sunil for questioning. He spilled the beans upon sustained questioning.

“The accused disclosed that he used to target little girls. Whenever he found any minor girl going home from school, he used to mislead the child on the pretext that her father had sent clothes and other articles to give the same to her. He then took her to an isolated place,” said DCP Omvir Singh.

It has also been revealed during the interrogation that many cases, including NDPS, molestation/theft were registered against the accused at various police stations in Rudrapur, Delhi, and Ghaziabad. “He has been sent to judicial custody and the SHO of Rudrapur police station has been asked to come to Delhi to take his custody in connection to the cases registered against him in Rudrapur,” added the DCP.