Nearly 50 per cent of Delhi, comprising mostly villages, does not have any sewerage network. 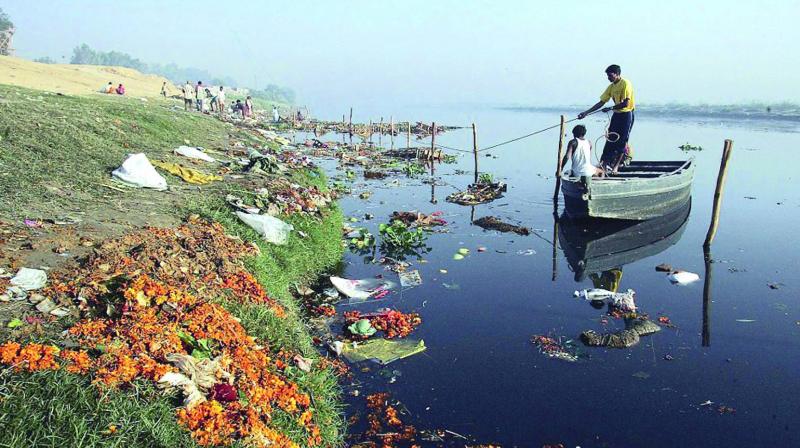 The raw sewage flows directly into the river, adding to the pollution load, from which the city gets 70 per cent of its drinking water.

New Delhi: That Yamuna is in a bad state is an understatement and much of the credit for this goes to the poor sewage treatment infrastructure of the national capital.

Till date, nearly 50 per cent of Delhi, comprising mostly villages and unauthorised colonies do not have any sewerage network. The raw sewage flows directly into the river, adding to the pollution load, from which the city gets 70 per cent of its drinking water.

Delhi produces some 720 MGD (millions of gallons per day) of sewage against the 900 MGD of water supplied. However, the 41 treatment plants at 22 locations have a combined capacity of 607 MGD. A recent report by an expert committee set up by the Delhi government, for audit of the sewage infrastructure in the city, said that the growth of laying of sewer lines has not kept pace with the city’s inhabitation and 30 per cent of the city’s population has no sewerage facilities.

Out of the 1,669 unauthorised colonies in Delhi, while water lines have been laid in 1,126 unauthorised colonies, sewer lines have been provided in only 241 of them, the report said. Moreover, out of 41 STPs (sewage treatment plants) that treat the sewage load of Delhi, it is largely the 12 outsourced plants running under the DBO (design, build, and operate) scheme that are providing satisfactory results.

More than Rs 1,500 crore has been spent in the past two decades under the Yamuna Action Plan (YAP).

“It is found that there is an irregular supply of sewage over the 24 hour period from the SPS (sewage pumping station) to the STP. There are times during the day when the STPs get overloaded, while there are times of undersupply against the capacity,” reported the committee comprising DJB chief engineer Manoj Mishra of Yamuna Jiye Abhiyaan and Manu Bhatnagar from INTACH.

It also said that the proper management of sludge produced at almost all the STP locations in the city is conspicuous by its absence, with the digesters at all the STPs lying defunct or unused.

“Sludge, which is a valuable resource, is thus on one hand going waste and on the other occupying valuable land within the STP that could otherwise be put to better use,” the report said.

Another worry is toxins from industries and sewage choking the river, as the existing infrastructure to treat effluents does not work efficiently. There are 13 Common Effluent Treatment Plants (CETPs) which together treat the effluents from only 17 industrial clusters out of a total of 28 in Delhi.