In a Facebook post, Baisoya said he was resigning form the post of Dusu president because he respects the mandate of DU students, who voted for him. 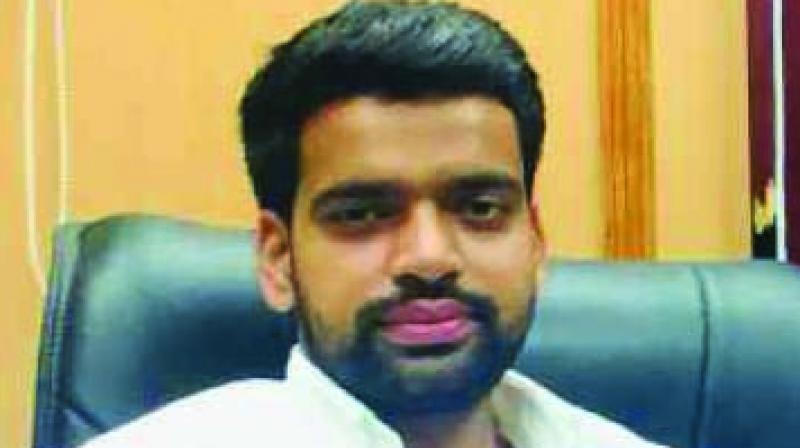 New Delhi: The ABVP said on Thursday Dusu president Ankiv Baisoya has resigned from his post after it asked him to do so, and has also been suspended from the students outfit till an inquiry into allegations that he gained admission to Delhi University on the basis of a fake degree.

While the RSS-affiliated Akhil Bhartiya Vidyarthi Parishad (ABVP) said the decision was taken to maintain the “genuineness” of the Delhi University Students’ Union (Dusu), the move drew criticism from the NSUI and AISA, which claimed it was done under pressure ahead of the high court hearing on November 20.

In a Facebook post, Mr Baisoya said he was resigning form the post of Dusu president because he respects the mandate of DU students, who voted for him.

Attempts to contact Mr Baisoya over phone did not yield result, but the ABVP said he has tendered his resignation to the university’s vice-chancellor.

The ABVP, in a statement, said it asked Mr Baisoya to step down as Dusu president and also relieved him of all responsibilities in the ABVP till Delhi University completes the verification process.

It alleged that the NSUI and other student organisations started raising questions on Mr Baisoya’s degree “the moment ABVP won three of four posts in the Dusu elections”.

“The NSUI has been indulging in this propaganda ever since Ankiv Baisoya was elected the president of Dusu. The ABVP has, time and again, reiterated its stand that Delhi University has all the rights to verify documents to put an end to the rumours. The ABVP has always put students’ welfare first and does not support fraudulent behaviour,” it said.