BJP leader Vijender Gupta's allegation on the floor of the House that the Kejriwal was deliberately delaying notifying land pooling policy. 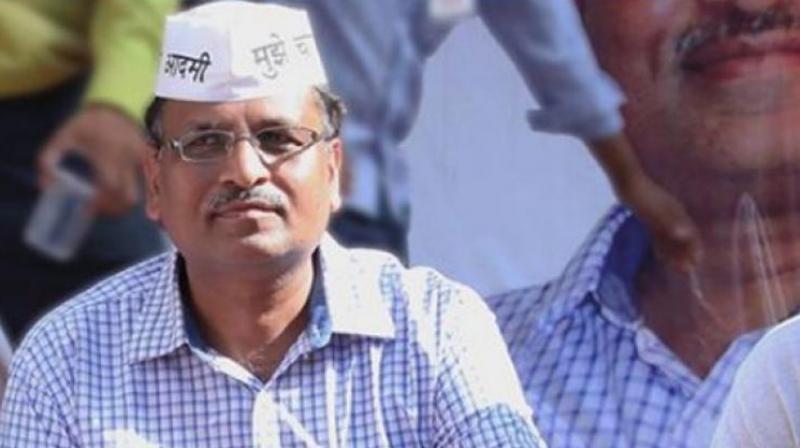 Jain said the delay stemmed from the fact that DDA was not responding to the government's request to set aside 10 to 12 per cent of land of the villages chosen to be developed under the scheme, from its share.

The heated exchange occurred during the first-half of the two-day Assembly session that began today. This is the sixth segment of the ongoing fourth session of the Assembly.

"We want limited share of the land. The government would not commercialise it but set up facilities like schools and fire stations. We don't want concrete jungles. But DDA is not responding...DDA is not a development authority but a destruction authority," Jain, the Delhi health minister, said.

Earlier, Gupta's remarks on the issue sparked the debate. He said while 89 villages have already been identified to be declared as urban villages, the state government was sitting on the matter.

"It is not being notified deliberately and thereby depriving lakhs of families from getting cheaper houses and farmers from getting remunerative prices of their land,"

Gupta, who is the Leader of the Opposition, alleged. The Union Urban Development Ministry had on May 26 last year approved the regulations for operationalisation of the policy with five amendments.

The policy seeks to make landowners partners in the development, and is divided into two categories of pooling-- Category I for land 20 hectare (ha) and above and Category II for 2 ha to less than 20 ha.