Delhi Transport Minister says that 450 air-conditioned and 250 non-AC buses will soon be added. 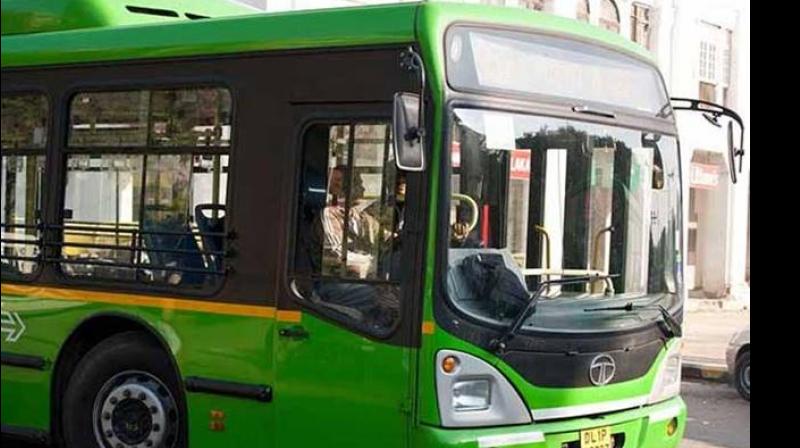 The new buses, which were flagged off by Deputy Chief Minister Manish Sisodia and Delhi Transport Minister Satyendar Jain, are GPS-enabled and passengers will be given tickets through e-ticketing machines.

Jain said that 450 air-conditioned and 250 non-AC clusters buses will soon be added to the cluster fleet, meant to enhance public transport in the capital.

DIMTS operates cluster buses and is a joint venture company of Delhi government and IDFC Foundation (a non-profit organisation). DIMTS was formed to prepare, plan, design and implement complex transport-related projects in Delhi.

Under cluster scheme, private players buy buses and run them but these vehicles are operated by DIMTS which pay them as per kilometres.

"Delhi government wants more buses on roads so that people who have cars and bikes, can use public transport," Sisodia told reporters after flagging off the new fleet of cluster buses.

With the induction of current lot of 100 buses, the cluster fleet strength has reached 1,725 buses while Delhi Transport Corporation (DTC), a state-owned bus agency, has around 4,000 buses.

Jain said that at present, there are around 6,000 buses including DTC and cluster, but there is a need for 10,000 buses to cater to commuters in the capital.

He said that government has plans to develop DTC bus depots as multilevel buildings. In Narela, Bawana and East Vinod Nagar, three depots are being developed as multilevel depots.

"Seven new bus depots are being developed to cater to more buses...3,000 new buses will be added to city's roads by the end of this year," Jain. Speaking at the event, Jain said that the Delhi government was mulling to authorise education institutes to issue learning driving licences to students by conducting the test online.

Meanwhile, before the start of the event organised for flagging off new buses, an aggrieved person stepped out from the crowd and approached Sisodia when he was waiting for Jain outside the venue.

Sanjeev Jain, a resident of Patparganj, the constituency of Sisodia, complained to the Deputy CM that Delhi government is "promoting privatisation" by bringing cluster buses, but it is not buying buses for DTC. Responding to the allegation, Sisodia called him part of "liquor mafia".