Centre: No ‘meaningful spike’ in airfares

Earlier, three IndiGo aircraft that each had two P&W 1100 engines had been grounded since 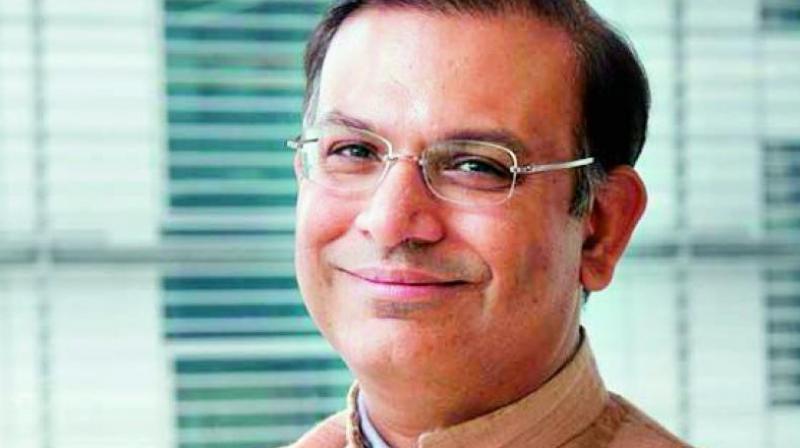 NEW DELHI: After hundreds of flights of market leader IndiGo and low cost carrier GoAir were cancelled till the end of the month following grounding of several aircraft by aviation regulator DGCA, minister of state for civil aviation Jayant Sinha on Friday said there was no “meaningful spike” in airfares, adding that with airlines acquiring more aircraft, the government expects “supply-demand to be back in balance quickly”. He made it clear that air-safety is paramount.

In a tweet, Mr Sinha said, “With 17 engines (14 aircraft) grounded due to safety considerations, (it is) important to note that it is 2% of capacity. With two planes coming in every week, we expect supply-demand to be back in balance quickly. Fares have not seen any meaningful spike. Safety comes first!”

After the latest incident of engine failure earlier this week when an IndiGo flight, an Airbus A-320 Neo aircraft, suffered a shutdown of a P&W 1100 engine shortly after take-off from Ahm edabad, the DGCA had swunginto action and had ordered grounding of 11 — eight IndiGo and three Go Air — Airbus 320 Neo aircraft that have at least one P&W 1100 engine fitted with a serial number of 450 and beyond.

Earlier, three IndiGo aircraft that each had two P&W 1100 engines had been grounded since

February 9. Monday’s DGCA action had taken the total number of grounded aircraft to 14. On February 24 this year, a Go Air A-320 Neo aircraft suffered a shutdown of a PW-1100 engine after take-off from Leh while the same thing happened on an IndiGo aircraft after take-off from Mumbai on March 5, just a week ago. Before Monday, only A-320 Neo aircraft that had both P&W1100 engines had been grounded but now this action has been extended to even aircraft with one such engine.