On Saturday morning the BJP workers gheraoed the Jagaddal police station accusing the Trinamul of attacking them. 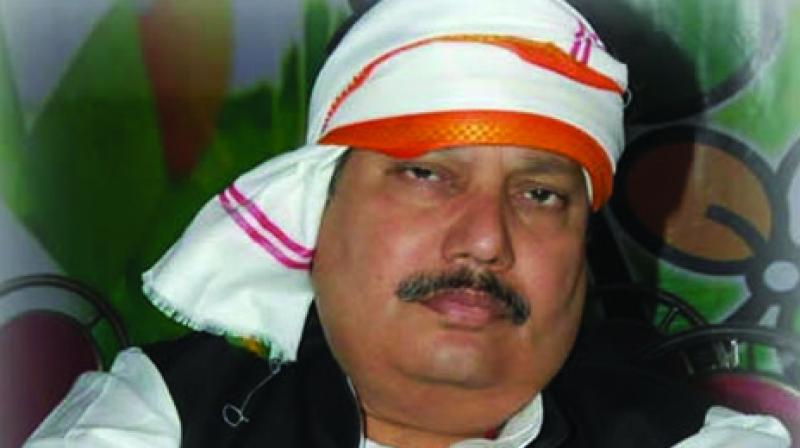 Kolkata: Three days after defecting to the BJP from the Trinamul Congress, four-time Bhatpara MLA Arjun Singh has predicted the defeat of Dinesh Trivedi, the Trinamul candidate of Barrackpore in North 24 Parganas in the Lok Sabha election. He made the claim after arriving at the Kolkata Airport from New Delhi on Saturday afternoon.

“Dinesh Trivedi is a post-dated cheque. He has no place. I am hundred per cent hopeful of victory,” Mr Singh said amidst BJP workers’ slogan shouting. He added, “I am feeling great. My mind is in peace now. People will give their answer through their ballots against massive atrocities.”

According to sources, he switched to the BJP from the Trinamul after he did not find his name in the list of the party’s candidates list to contest from Barrackpore constituency where Mr Trivedi won for the last two consecutive times. Since Mr Singh quit the Trinamul, places like Jagaddal in his assembly constituency have been on the boil due to violence.

A Trinamul party office was painted in orange by a group of BJP workers. In retaliation, the ruling party workers also attacked a BJP worker’s house opposite to the party office. On Saturday morning the BJP workers gheraoed the Jagaddal police station accusing the Trinamul of attacking them.