The Uttar Pradesh chief minister is being seen as the next big star campaigner for the Delhi BJP. 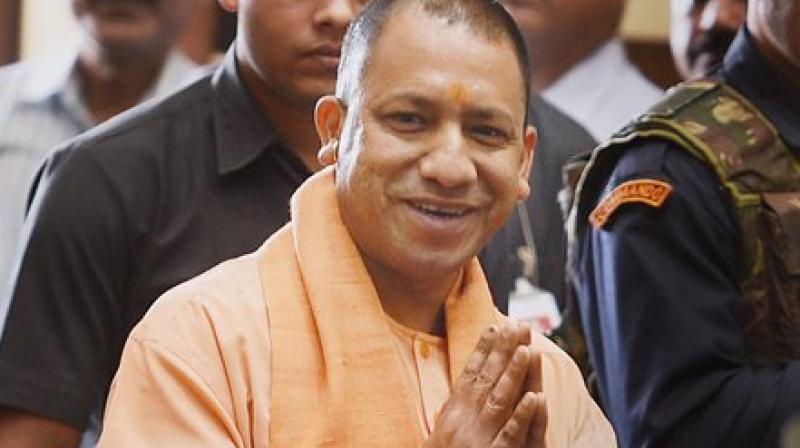 New Delhi: With UP chief minister Yogi Adityanath likely to address public meetings in Delhi for the MCD elections, his cut-outs and masks have already made entry into the election paraphernalia.

The shopkeepers at Sadar Bazar, a popular hub for election materials, said that there is a new demand for materials related to Mr Adityanath like his face-masks, on the lines of “Modi” masks that were a rage during the last Lok Sabha election.

“We have got orders even for making clothes like him,” said Mahendar Arora, a shopkeeper at the Old Delhi market.

“His masks and cut-outs are in demand and we have received an order for 50,000 of these from the party till now,” said Mukesh Agarwal of Garg Bandhu Enterprises.

The Uttar Pradesh chief minister is being seen as the next big star campaigner for the Delhi BJP since PM Narendra Modi will not be campaigning.

While most of the merchandise like banners, stationary items, mobile speakers, caps, badges, etc., are being carried forward from the just concluded Assembly elections in the five states, materials related to Mr Adityanath is the only new addition.

Pointing out a new trend, shopkeepers said that the sale of national flags has gone up in the last year.

“Each party wants to identify itself with the feeling of nationalism. So the demand for national flags has gone up recently,” said Mr Agarwal.

Another shopkeeper said that going by the atmosphere in the recent elections, the sale of national flags is expected to be higher than the party flags. “Every candidate now carries a national flag since this is a more localised election where door to door campaigning is involved,” he said.

Meanwhile the new entrant, Swaraj India, which will be fighting its first poll, is facing the peculiar problem of having to go forward without any symbol. Its plea for a common symbol was dismissed by the Delhi high court earlier.

“They came to us asking about the election materials but since they don’t have a symbol, we suggested they should go with photos of their candidates on banners,” said Anil Gupta of Anil Bhai Rakhi Wala, the largest supplier of election materials in the market.

The party has now asked its candidates to use the same pictures in its posters, hoardings, placards, and other poll campaign materials that they will give to the Election Commission to be used in the EVM.