About 81 per cent progress of civil work and 55 per cent of overall financial progress of the project has already been achieved. 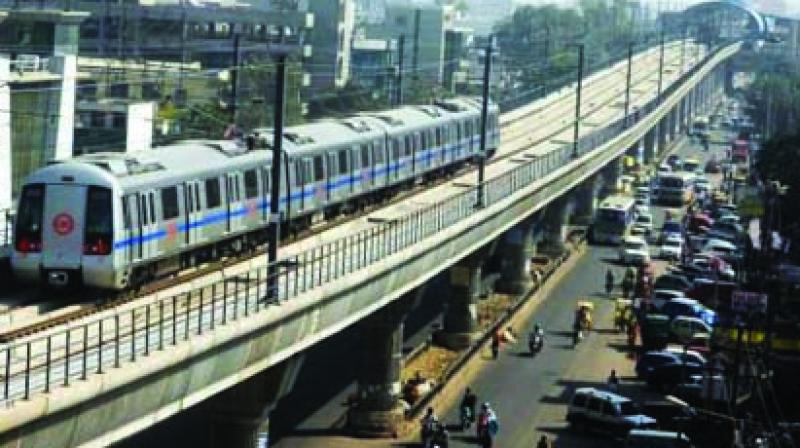 New Delhi: In a boost to public transport infrastructure in Noida, the Union cabinet  meet, chaired by Prime Minister Narendra Modi, has cleared extension of Delhi Metro from Noida City Centre to Sector-62, covering a length of 6.675 k.m. at a cost of Rs 1,967 crore. The total completion cost of the project is estimated to be Rs1,967 crore.

“The project will be implemented by Delhi Metro Rail Corporation Limited (DMRC), the existing Special Purpose Vehicle (SPV) of the Government of India and Government of National Capital Territory of Delhi,” an official statement said.

Also, more residential and commercial complexes will develop in this region. With Metro in place, there will be less vehicular traffic on roads leading to less congestion, less time and cost of journey, less consumption of fossil fuel and less environmental pollution,” the statement read.

Further, the DMRC has started the procedure for recruitment of around 200 employees for operations and maintenance of this corridor.

About 81 per cent progress of civil work and 55 per cent of overall financial progress of the project has already been achieved.