50,000 litres of diesel burnt every hour in Gurgaon

The DG sets are run for up to 10 hours a day in summer in a bid to ensure power supply across the city. 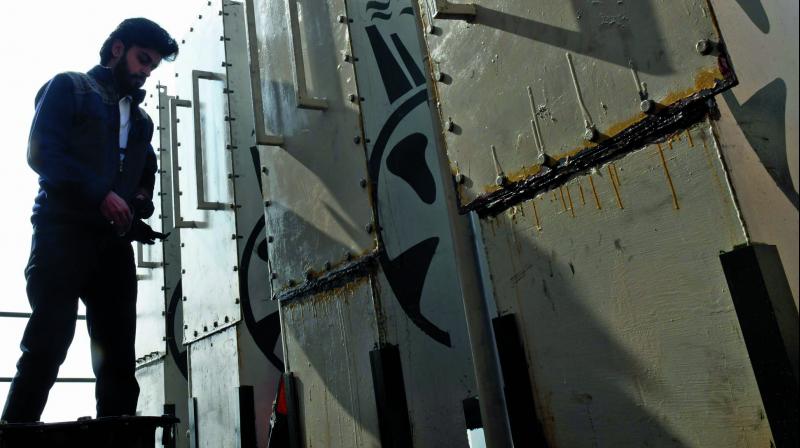 Together, they consume around 50,000 litres of diesel every hour,” said a pollution control board official in Gurgaon. (Photo: AFP/ Representational Image)

Gurgaon:In a bid to ensure power backup in residential and commercial areas in Gurgaon at least   50,000 litres of diesel is burnt every hour, according to the estimates of officials of Haryana State Pollution Control Board (HSPCB). They added that this fuel is enough to fill the tank of a hatchback 1,000 times.

The Gurgaon city where offices, industries and condominiums are designed and marketed in line with global standards, diesel generator (DG) sets remain the biggest and the most reliable source of power in summer.

The DG sets are run for up to 10 hours a day in summer in a bid to ensure power supply across the city. “There are around 1,500 DG sets, with a capacity ranging between 125 KV and 6,000 KV, that are installed across the city’s residential, industrial and commercial establishments. Together, they consume around 50,000 litres of diesel every hour,” said a  pollution control board official in Gurgaon.

According to real estate experts, 100 per cent power back-up is a major reason for the people choosing to stay in condominiums. It has also been a deciding factor for people migrating to the Millennium City from Delhi in recent years.

Environmentalists said that the consumption of diesel in Gurgaon is much higher than the estimates, though there has not been an independent study conducted to support it.

It ensures lights, fans and air-conditioners keep running, but it’s contribution to air pollution and impact on the health of the residents is hardly debated, they alleged.

The pollution board does not have a mechanism to check whether the generator sets are compliant with the guidelines, he said. “Burning diesel emits two dangerous pollutants — PM2.5, sulphur dioxide and oxides of nitrogen into the air.”

The board is responsible for testing of DG sets and to submit a monthly report on emissions to the Central Pollution Control Board and the Union ministry of environment and forests.

Vinay Pratap Singh, deputy commissioner, Gurgaon, said, “We are working on reducing the dependency on DG sets by improving electricity supply. The supply has improved and we hope it would be much better when Smart Grid becomes a reality soon.”