Amidst all human visitors, Rita shows ‘human-like’ characteristics which have endeared her to many. 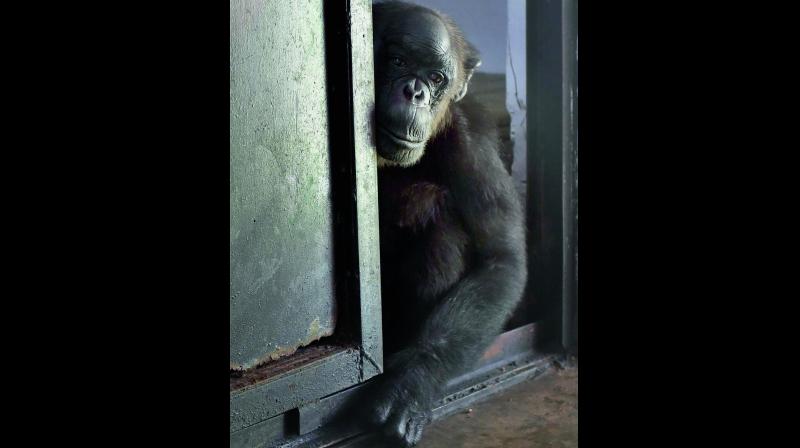 For the first time in all these years, the great ape is getting a grand birthday party.

New Delhi: Nobody knows where she was born or when she was born. All that is known to people is that Rita has been residing in the national capital for 56 years. Her home is in the Delhi zoo and she is one of the oldest inmates. She is the only chimpanzee amongst other animals. She was brought to the zoo on December 15, 1964 from the distant shores of Amsterdam.

For the first time in all these years, the great ape is getting a grand birthday party. It is promised to be a celebration like no other by the authorities. It will be more than just a birthday celebration, the official said, while promising an “emotional and informative” experience for visitors. The party has been planned sometime later this year, to make people aware of wildlife conservation, said the official.

This is not the first time a celebration like this is happening. After the Delhi zoo decided to make merry of its inmates, white tiger Vijay was the first to receive a grand party on July 20.

Belonging to a part of the human species, Rita has added to the diversity of India with an Indian name. Amidst all human visitors, Rita shows ‘human-like’ characteristics which have endeared her to many. Her long association with the zoo makes her a special part of the family.

Joint director of the National Zoological Park, Raja Ram Singh said,  “Rita may not be a crowd puller now due to her advancing age, but we are proud of her association with the zoo.” Mr Singh said, “As its oldest inmate, she is a crucial part of the park. She shows many human instincts. For instance, she wants to interact with her visitors, but old age forces her to stay back.”

The chimpanzee’s dietary intake has been reduced due to her age. However, she is not suffering from any ailment, said Singh. A biological assistant at the zoo, Manoj claims that the chimpanzee was born in captivity.

Her mate Max was sent to the Jaipur zoo as part of an exchange programme. A couple of years before that she gave birth to three young ones. However, none survived. Rita is the last of her kind in the zoo.