The chief minister said that a few more such projects will come up in the national capital before the end of his government’s tenure. 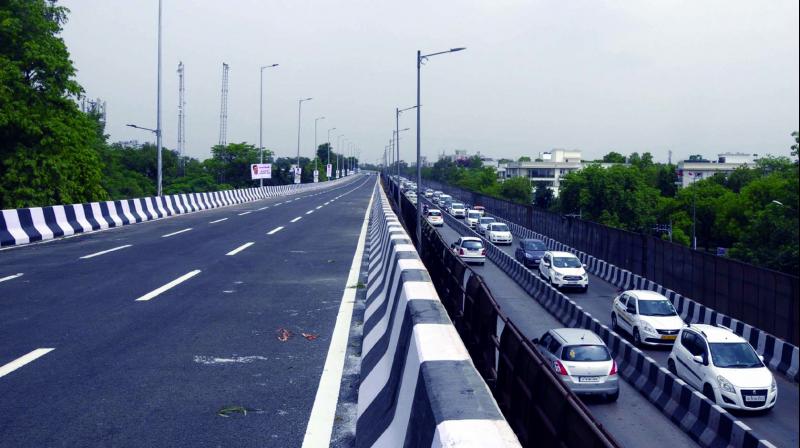 The elevated corridor of Rao Tula Ram (RTR) Flyover, built at a cost of Rs 205 crore on the Outer Ring Road, will help decongest the area and prove a boon for people commuting towards the IGI airport from South Delhi and Noida.

The chief minister said that a few more such projects will come up in the national capital before the end of his government’s tenure. “In 15 years, the Sheila Dikshit government built 70 flyovers whereas in the last four-and-half years, our (AAP) government has built 23 flyovers,” Mr Kejriwal said in his address after inaugurating the flyover.

“We do our work, but we don’t advertise much. Now, it is for the people to spread word about the work we have done in the last four-and-a-half years,” he said.

Hitting out at his detractors, the AAP chief said that after the inauguration of the Signature Bridge a member of the Opposition party had sought to take credit of that project. 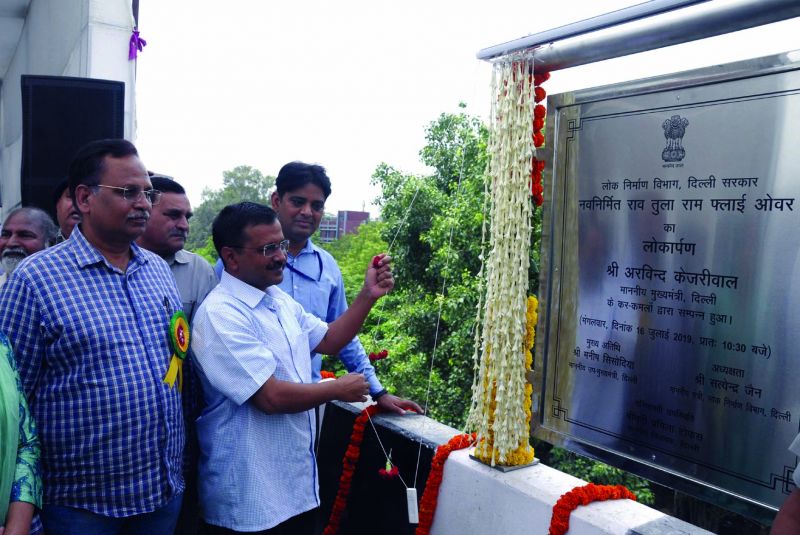 “We believe in doing our work and not indulging in dirty politics. The Delhi government has worked a lot in education, health, and other sectors and our work will speak,” he said.

Interacting with reporters after the event, he said the AAP government not only worked on mega infrastructure projects but also built roads and sewage lines and provided other facilities in unauthorised colonies to reach out to the ordinary people.

The chief minister said that the RTR Flyover was the 23rd flyover to be built by his government in the last four-and-a-half years.

The newly built flyover branches out of Munirka Flyover and ends before the Army Research and Referral Hospital near Subroto Park close to National Highway-8. The construction of this elevated corridor started in November 2014. It was to be completed by November 2016, but missed several deadlines.

Delhi PWD minister Satyendar Jain, RK Puram MLA Pramila Tokas, and AAP MLA Somnath Bharti were also present at the event which took place on a section of the flyover.