Even 4 years later, just 5 per cent DTC buses have CCTVs. 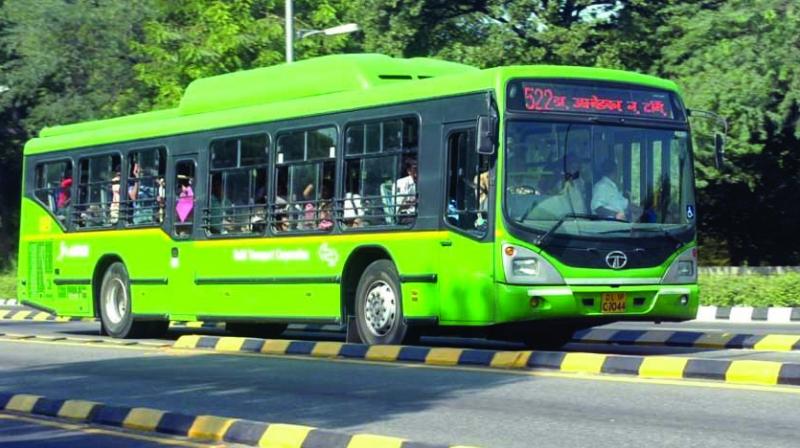 DTC had installed 200 non-WiFi CCTV cameras by November 2014 as part of a pilot project, which the corporation claims has been very successful.

New Delhi: Women safety in Delhi’s transport has not improved even four years after the fatal gangrape sparked street protests and demands for safer public spaces. Delhi Transport Corporation (DTC) is still toying with the idea of having CCTV cameras and marshals on all its buses. Just 5 per cent of the nearly 4,200 DTC buses are under surveillance of CCTV camera, leaving the safety of women in jeopardy.

The DTC had installed 200 non-WiFi CCTV cameras by November 2014 as part of a pilot project, which the corporation claims has been very successful. In several cases, the cameras helped law enforcement agencies to track down pickpockets and eve-teasers, a senior DTC official said. But despite the positive outcome of CCTV installations, there has been no increase in the number of public buses with such surveillance. In its 70-point manifesto for the last year’s Assembly elections in Delhi, the ruling Aam Aadmi Party (AAP) had promised a large scale expansion of bus services, besides installation of CCTVs and deployment of 5,000 marshals on the state-run buses. For the safety of women, five all-women PCR are patrolling round the clock in the national capital.

Garima Bhatnagar, joint CP (traffic), said: “I request women to download the Delhi traffic police application on their mobile phones. Commuters have to just click a picture of the registration number of the auto and send it to the traffic police via the app, in case any auto driver refuses a ride.”

Earlier this week, deputy chief minister Manish Sisodia accused the lieutenant-governor Najeeb Jung-backed bureaucrats of stalling public welfare projects, including procurement of new buses.
for the DTC’s fleet. No new buses have been added to the DTC’s ailing fleet in the last several years despite a string of government schemes and tenders. According to the corporation, it has a current strength of nearly 4,200 buses.