Not enough done for women safety since gangrape: Arvind Kejriwal

As per the plan, around 2,000 cameras would be installed in each of the 70 Assembly constituencies in Delhi. 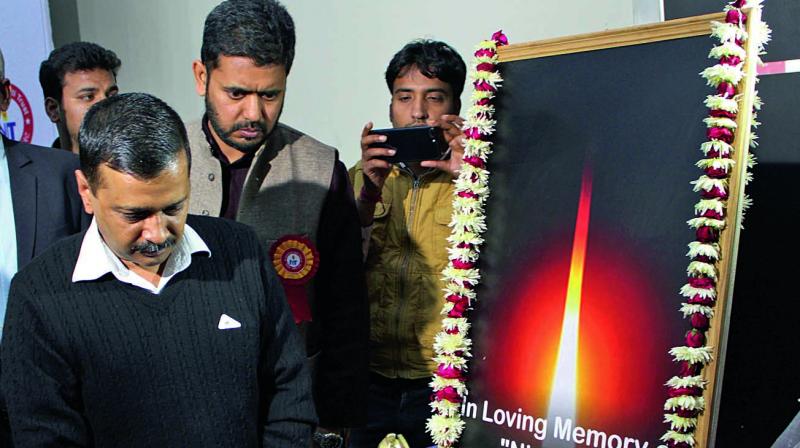 New Dekhi: Chief minister Arvind Kejriwal on Saturday lamented that even after five years of the gruesome December 16, 2012 gangrape incident nothing much has been done towards bolstering the security of women, but asserted that his government would soon install CCTV cameras across the national capital.

Addressing a gathering at the inauguration of a loop at a flyover in Mukundpur, he announced that unauthorised colonies will have proper facilities like roads and water and sewer lines in two-three years.

“A few years ago, on this day, the Nirbhaya incident took place. I don’t think, together we all have taken any bold steps towards bolstering the security of women. It is a matter of concern for all of us and we should not indulge in blaming each other.

“But, I am happy that the PWD has taken a solid step in this direction. The tenders for installing CCTV cameras in Delhi 2012 December 16 gangrape have been opened. I was talking to the minister, and perhaps if there are no impediments in technical evaluation, soon we will have CCTV cameras across the city,” he said. In the run up to the 2015 Assembly elections, the AAP had promised to install CCTV cameras across the national capital.

Public works department minister Satyendar Jain, who was present on the occasion, had said in November that the Delhi government has floated tenders to install around 1.4 lakh CCTV cameras across the national capital.

As per the plan, around 2,000 cameras would be installed in each of the 70 Assembly constituencies in Delhi.