Tieup with over 64 NGOs involved in activities like moral teaching, meditation, health awareness. 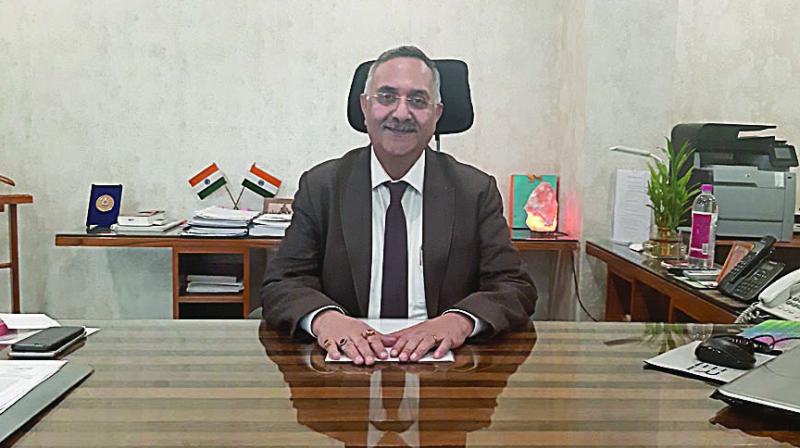 One of Asia’s largest jails is all set to get a makeover as Tihar director-general (DG) Ajay Kashyap has made an elaborate blueprint to transform this half-a-century-old jail into a modern high-tech prison.

In a freewheeling interview with Sunil Thapliyal and Bhaskar Hari Sharma, Mr Kashyap shared his vision on how he is going to modernise the country’s largest prison. According to him, they are just trustees of persons sent by the judiciary and operate it like an educational institution

What are the new initiatives you have taken up for the betterment of the Tihar inmates?
We are the first jail in the country to modernise the jail manual as betterment of inmates is always our top priority. We have already replaced Delhi Prison Rules 1998 with the Delhi Prison Rules 2018, which is based on model prison manuals. The new rule will look after the safety and security of the prison and its prisoners in consonance with the United Nations’ (UN) standard of human dignity inside the jail.

It is said that Tihar has always been an overcrowded prison. What is your take on it?
Prisoners in the nine jails of Tihar are beyond our capacity, for which we have proposed to demolish the existing barracks and vertically build modern jails in phases. The new proposal will not only increase the capacity of the jail, but also reform the living conditions of the inmates.

How does Tihar authority keep its inmates busy and away from disorientation?
We provide education till MPhil and PHD to inmates who are interested. But those who don’t want to study, we provide them alternate skills in handicrafts and vocational training.

Even our fashion designing is touching new heights with our inmates designing the entire costume of an upcoming Bollywood film.

Do you think NGOs’ in-volvement help inmates?
Definitely. We have a tie-up with over 64 NGOs, who are involved in activities like moral teaching, meditation, yoga, health awareness, and motivational and spiritual empowerment. Further, with the help of some NGOs, we paid for the bail amount of over 1,000 inmates who were unable to pay their sureties and even provide legal assistance.

Do you have adequate funds to run Tihar smoot-hly on a day-to-day basis?
Yes. Tihar gets enough funds from the government. Even our own brand, “TJ”, generated revenue to the tune of about `32 crore, which was used for the betterment of the inmates.

How has digitalisation helped Tihar?
Tihar is the first jail in India to digitise its prisoners’ database. Even the prisoners can check court orders through the e-kiosks set up inside the jail premises. We have archived the entire data from 2007 onwards and digitisation of Tihar is being used as an example at pan India level.

Does Tihar also face staff crunch which sometimes leads to security related issues?
Yes, like any other government organisation we are also facing staff crunch. But to deal with this issue we are setting up a fact-finding committee and a new dog squad to tackle the issue of drug peddling. Further, high-tech and tamper proof CCTV cameras are also being installed to keep a strict vigil.

Is the health of the inmates a concern?
Obviously, and for that we keep a track record of inmates. Mental profile of the prisoners is also checked. For the first time in India, an antiretroviral therapy centre has been put up at Tihar jail for HIV positive patients. Drug de-addiction and TB centres have also been set up.