The BCCI, in a statement, said all the players and match officials were unhurt and safe. 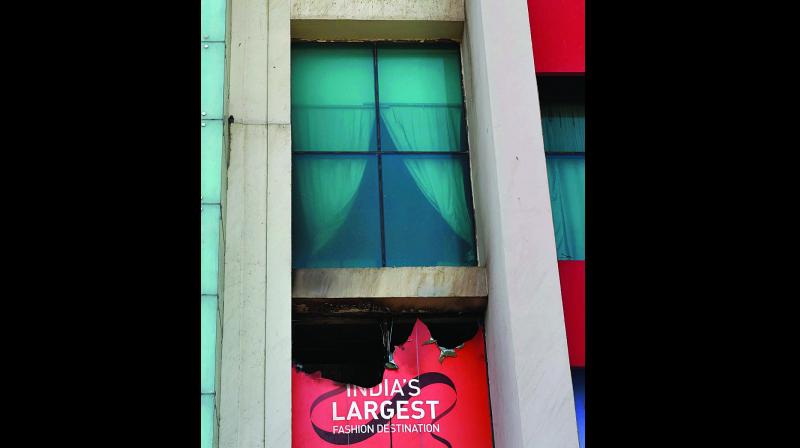 The fire-hit building at Dwarka in New Delhi on Friday morning. (Photo: PTI)

New Delhi: Members of the Jharkhand cricket team, including skipper Mahendra Singh Dhoni, were unhurt after a fire broke out in a five star hotel complex in Dwarka here on Friday, leading to postponement of the Vijay Hazare Trophy semi-final against Bengal, and Sunday’s final.

“Yes, it was scary as a fire broke out early in the morning. We were evacuated and brought to the ground,” Jharkhand coach Rajeev Kumar said.

“Luckily, the cricket kit was kept at the Palam ground so it is safe. Now that we are shifting, I can confirm that there has been no damage to our personal belongings also.”

The Jharkhand team were ar breakfast at the ITC Welcome, when they were evacuated on an emergency basis along with the other 500-odd guests at the hotel, according to wire agencies.

Both teams later arrived for the match but the cricket board gave members of the Jharkhand team a day’s time to get into a proper frame of mind, a BCCI match official said.

Both the Bengal-Jharkhand semi-final and the final will now be played at teh Kotla on Saturday, and Monday, the BCCI said. The BCCI, in a statement, said all the players and match officials were unhurt and safe.

A senior official from the Delhi Fire Services said, “A call was received around 6.30 am about a fire breaking out at Welcome Hotel. Thirty fire tenders were rushed to the spot and the fire was doused by 9.45 am.”

The police said that the fire broke out in a Reliance showroom in the hotel complex. Further investigation is underway to ascertain the cause of the fire.

“The cause of the fire hasn’t yet been ascertained. Around 31 rooms were booked by Tamil Nadu and Jharkhand teams respectively,” said a senior police officer