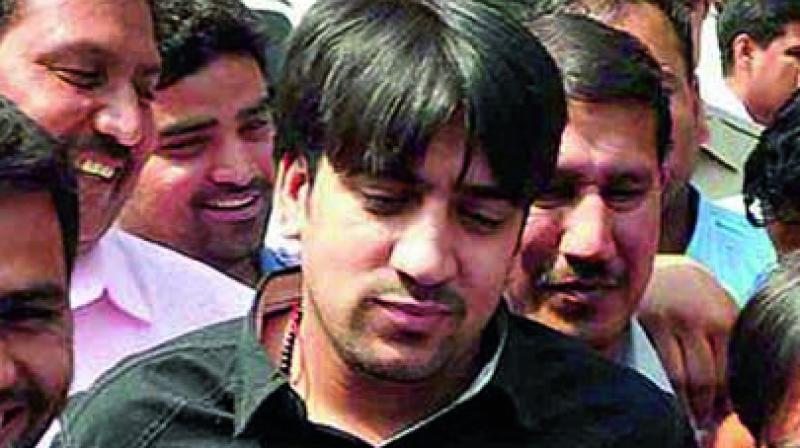 Gangster Neeraj Bawana threatened to go on a hungerstrike if better facilities of food and medicines were not provided to Tihar jail inmates.

New Delhi:  Alleged gangster Neeraj Bawana on Saturday threatened to go on a hungerstrike if better facilities of food and medicines were not provided to Tihar jail inmates.

In a letter to a Delhi court, Bawana, arrested in connection with several cases, talked about the poor condition of the inmates lodged in high-risk ward of the country’s largest prison.

In the application moved before additional sessions judge Tarun Sherawat, the gangster said if his demands were not met by March 19, he would go on hungerstrike along with other prisoners of the high-risk ward.

The application, moved through advocate M.S. Khan, has also been sent to the Chief Justice of the Supreme Court and the Delhi high court and the Director General, Prisons.

Bawana had also in October last moved a city court, seeking directions to the Tihar Jail authorities to provide better hygienic conditions to the inmates.

The gangster has been chargesheeted in various cases including the offences under the Maharashtra Control of Organised Crime Act (MCOCA).