Delhi HC: Appear before CBI if you’ve nothing to hide

‘Godman’ fled to Nepal after Rohini ashram issue came up 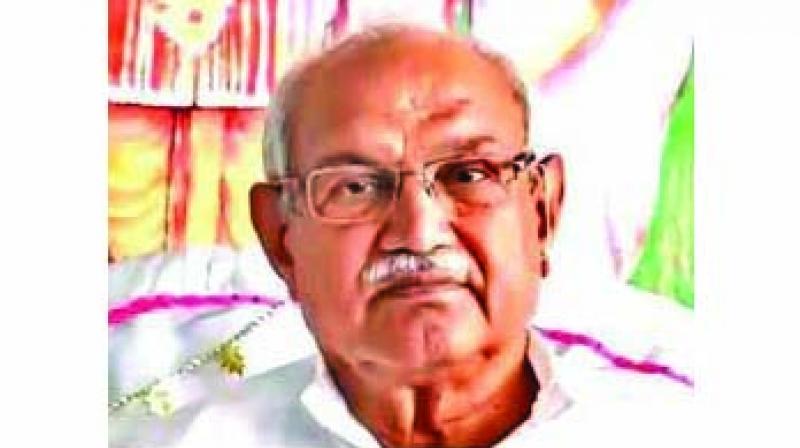 New Delhi: The Delhi high court on Thursday said if Virender Dev Dixit, who allegedly kept girls and women confined at an ashram founded by him in the national capital, has done nothing wrong, then why was he running away from the Central Bureau of Investigation (CBI), which through Interpol has issued a blue corner notice to locate him.

The query was addressed to the ashram’s lawyer by a two-judge bench of Acting Chief Justice Gita Mittal and Justice C. Hari Shankar . The bench asked, “Why does your leader not appear before the CBI? He is absconding. Your leader is running, that too at an international level. What kind of example is he setting? Ask him to appear before te CBI. If you have nothing to hide, make your activities transparent.”

The observations by the bench came after the ashram’s lawyer alleged that Delhi Commission for Women (DCW) chairperson Swati Maliwal was spreading fake propaganda about their institution.

The lawyer said that their spirituality prohibits them from registering their group with any statutory body, to which the court said :  “Your spirituality is also bound by the law. If it is not in harmony with the law prescribed, then you will have to face the consequences.”

The lawyer’s submission came in response to the suggestion by the bench to get in order the affairs of the ashram, Adhyatmik Vidyalaya, located at Rohini in Northwest Delhi by getting it registered and by regulating its bank accounts.

“Why are you scared of the law if you are doing everything right,” the court asked the ashram’s lawyer. In its status report, the CBI told the court Mr Dixit has fled to Nepal along with the wife of one of his followers and the woman’s husband has said that he has no knowledge about her whereabouts. The CBI told the court it has asked Interpol to issue a blue corner notice to locate Mr Dixit. It  told the court that the women inmates need prior permission of Mr Dixit before even getting a pen to write to their family or dear ones. The bench asked the CBI to continue with its efforts and listed the matter for  July 27.