‘Delhi to overtake Tokyo as most populous city by 2028’

Urban growth will surge most in India, China and Nigeria, claims a UN report. 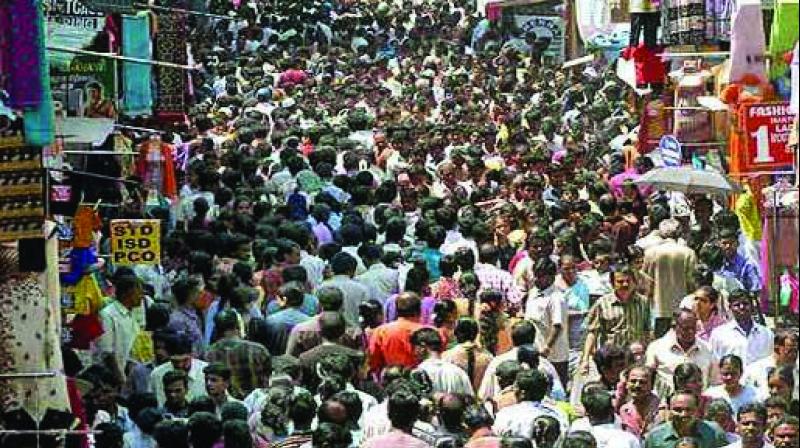 Among other findings, the report said in 1990 there were just ten megacities with populations of 10 million or more.

United Nations: Two-thirds of people in the world will be living in cities by 2050, and the boom will be concentrated in three countries — India, China and Nigeria, according to United Nations estimates released on Wednesday.

The world’s rural population will peak in a few years then decline by 2050, according to the report on urbanisation by the population division of the UN department of economic and social affairs (DESA).

Tokyo with 37 million people is the world’s largest city but it is due to be overtaken by Delhi around 2028, the report said.

At about the same time, India is expected to surpass China as the country with the world’s largest total population.

By 2050, India, China and Nigeria will account for more than a third of the projected growth in the world’s urban population, it said.

The findings of urbanisation advancing so dramatically due to population growth and to migration can help cities design policies and practices to prepare for the influx, said John Wilmoth, director of the population division.

“When urban growth is rapid, insuring access to housing, water, sanitation, electricity, public transport, education and health care for all is especially challenging,” Mr Wilmoth said at a UN news conference. “Managing urban growth to insure that it is sustainable has become one of the most important development challenges of the current century,” he said.

As of today, 55 percent of the world population lives in urban areas, increasing to 68 percent by 2050, the report said. Overall, urbanisation can be seen as positive, Wilmoth said.

“The increasing concentration of people in cities provides a way of more economically providing services,” he said. “We find that urban populations have better access to health care and education.”

The concentration of population also may help minimise humans’ environmental impact on the planet, he said.

“However, the challenge is that in many countries it’s taking place so rapidly ... and large slum areas have developed that are not maybe achieving the goals of sustainable development the way that we would like.”

Among other findings, the report said in 1990 there were just ten megacities with populations of 10 million or more.

As of 2018, there are 33 megacities and by 2030, 43 megacities are projected, mostly in developing countries. UN DESA’s Population Division said it has been issuing reports on urbanisation since 1988.