Plans to make STPs must for govt, school, college buildings

Nearly 50 per cent of Delhi does not have any sewerage network and raw sewage flows directly into Yamuna. 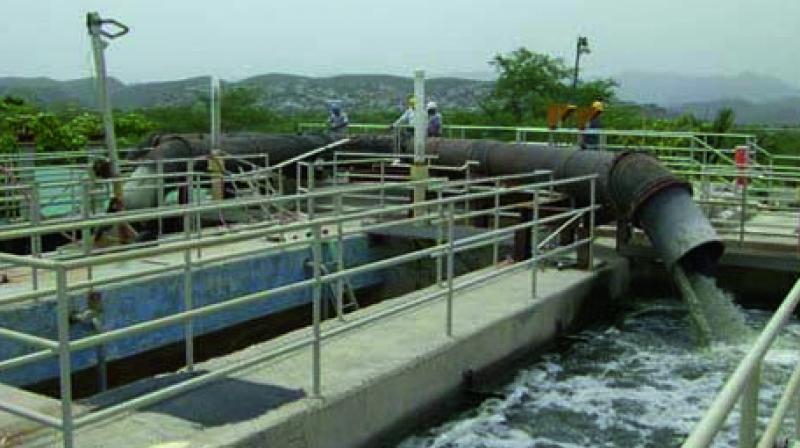 The government is planning to make it mandatory for government buildings, hospitals, schools, college campuses to have their own sewage treatment plants.

New Delhi: The AAP government is planning to make it mandatory for government buildings, hospitals, schools, college campuses like IIT and JNU, and residential apartments in the city, to have their own sewage treatment plants.

Through this, the government aims to decentralise the sewage treatment system by setting up small treatment plants (STPs) so that sewage is treated locally and then recycled to be used for non-drinking purposes. The current scenario has a long length pipeline network being wasted in carrying water to STPs.

“Crores have been wasted in setting up huge STPs which don’t give desired results. The plan now is to move towards smaller STPs. We are planning to make it compulsory for all government buildings, hospitals, schools, and apartments to have their own plants and also have rainwater-harvesting (RWH) structures. When the proposal is passed, we will first start with government schools and hospitals,” water minister Mr Gautam told this newspaper.

He added that for new buildings that will come up, a provision could be made under which the Delhi Jal Board (DJB) will give a water connection only when they have installed STPs and RWH structures or it could be made mandatory under the building bylaws.

“In my inspections over the last few days, I have found that many STPs are not working to their full capacity. For example, the one in Rohini Sector 25 has a capacity of 20 MGD but is getting only 5 MGD wastewater. Similarly, in Aya Nagar, the STP capacity is 5 MGD but it is getting only 0.5 MGD.” Mr Gautam said.

“There was a government advisory regarding smaller STPs in 2012 but it was not binding. Now we are thinking of making it legally enforceable,” the minister said.

Nearly 50 per cent of city does not have any sewerage network and raw sewage flows directly into Yamuna. A large part of problem lies with villages and unauthorised colonies.