No ‘land scam’ by my NGO, says Vijay Goel

The controversy revolves around a plot measuring 488 sq. metres to a society in Gujranwala after changing DDA norms, he claimed at a press conference. 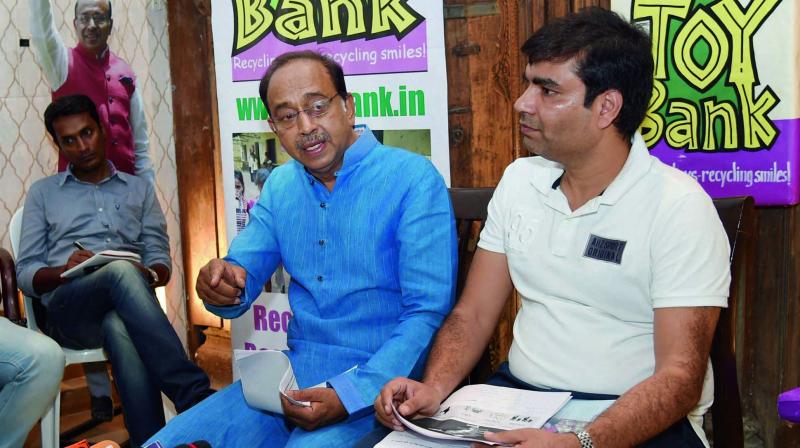 New Delhi: Reacting to news reports claiming that the DDA has changed norms to allot a plot to his NGO, Union MOS for sports Vijay Goel on Thursday said the entire story was “baseless”. Since his image has been tarnished, Mr Goel said that he would approach the appropriate authority for justice.

The controversy revolves around a plot measuring 488 square metres to a society in Gujranwala after changing DDA norms, he claimed at a press conference.

“The DDA file says this plot was earlier earmarked for construction of a temple as one of the 291 cases cleared in February, 2003. This means that the layout plan was changed for the temple around 14 years ago,” he added.

“The land was initially allotted to a post office and then it was allotted to a public education society for construction of a temple,” the minister claimed.