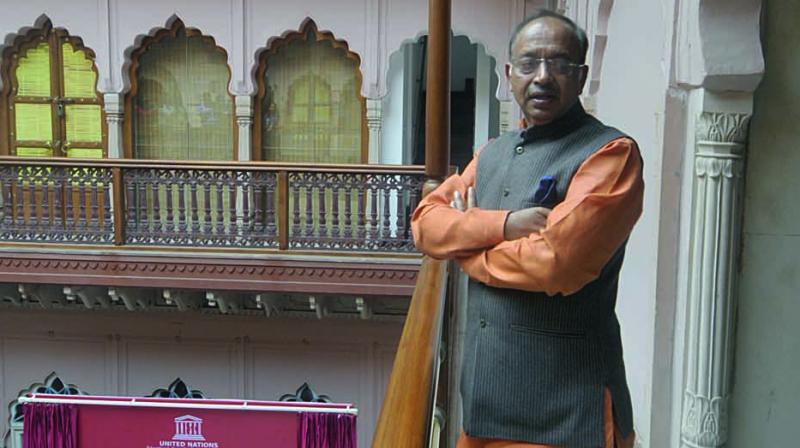 The 19th century ‘haveli’ in Old Delhi, painstakingly restored over six years, and Mumbai’s refurbished Wellington Fountain are among the landmarks that have earned a special mention in Unesco Asia- Pacific Awards for Cultural Heritage Conservation this year.

Nestled in a narrow bylane of the Walled City, three-storeyed Haveli Dharampura in Gali Guliyan, a stone’s throw from the historic Jama Masjid, was converted into a heritage hotel.

Unon parliamentary affairs minister and heritage connoisseur Vijay Goel, owner of the charming mansion, at a press conference held in its luxuriant courtyard on Friday, appealed to the government to come up with policies to encourage other ‘haveli’ owners to restore their properties, by offering them  attractive incentives.

“The conservation of Haveli Dharampura rescued a 19th century residence in the Old City from years of unsuitable interventions and adapted it for contemporary use as a luxe boutique hotel.

The conference was also attended by Union culture secretary Rashmi Verma and ASI’s director-general Usha Sharma etc. “We will definitely promote this as a heritage spot in the heart of Chandni Chowk that gives you the feel of the area,” she said.