#MeToo: I was groped in Metro’s ‘no man’s land’

The police reached later and took my “first-hand account” of the incident. The CCTV footage confirmed the sequence of events. 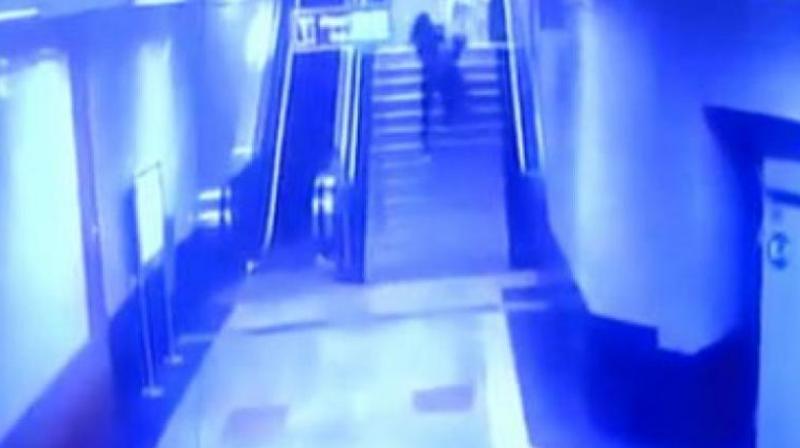 New Delhi: I have had too many #MeToos in life, but this was probably the most dreadful one.

It was a usual day for me as I was returning back home after a long day at office. I followed the same routine on the night of November 13 of walking to the ITO Metro station. While I was descending the steps to reach the Metro station, a man, who was walking behind me, touched me from behind. At first I thought it could be “unintentional”, but confronted him. He said “sorry” but groped me the next instant.

I fought back. He hit me with his full force and climbed the steps with lightning speed to escape. I tried my best to chase him but he managed to flee. I ran after him till outside the station premises, but he escaped. When the incident happened and I was struggling to catch him, I had screamed several times. But to my utter dismay, the security personnel stationed about 300 metres away from the stairs were unable to hear my cries for help. Two CISF constables reached the spot about 10 minutes later the harrowing incident had occurred. They asked me whether I wanted to register a formal complaint. I was persistent that I did. I was taken to the station control room from where I called the DCP of Delhi Metro Rail Police to register a formal complaint and lodge an FIR. Meanw-hile, the CISF personnel looked through the CCTV footage and found the exact time of the occurrence of the incident. It was 9.23 pm.

The police reached later and took my “first-hand account” of the incident. The CCTV footage confirmed the sequence of events. It also served as foolproof evidence to nail the culprit. The accused was remanded to judicial custody for 14 days, four nights after my ordeal.

What pains me is that not just my sibling but hundreds of female commuters travel by Delhi Metro daily. The Metro has been touted as the safest public transport apart from being efficient. If an incident of such gravity can occur inside Metro premises, who do we turn to? Had I not complained, would the culprit have repeated the same offence on other women too? Was he a habitual sexual assaulter, preying on women walking alone to the secured area of the station where CCTV footage is not constantly monitored and corridors, platforms have no security personnel?

I was full of regret as I was unable to catch my sexual assaulter. He had caught me off guard and managed to flee. Had there been a single security guard or CISF constable deployed or a PCR stationed outside, we could have caught him. The vulnerability of the “unpaid” areas of Metro stations, a virtual no man’s land falling in the administrative cracks between Delhi Rail Metro police, Delhi police and CISF, is a huge security concern. How can a public transport system that is the “backbone” of the nation’s Capital lack the basic security arrangements for its women commuters?

The FIR was lodged the next day. I was filled with tears while writing the complaint as it made me recount the minutest of details of the incident and it was another colossal challenge to pen down the details. In the end, I would exhort all the women to come forward and be persistent in lodging complaints because courage cannot be found outside. It comes from within.