In the first case, two bike-borne men snatched the purse of a woman travelling in an e-rickshaw in Rohini area. 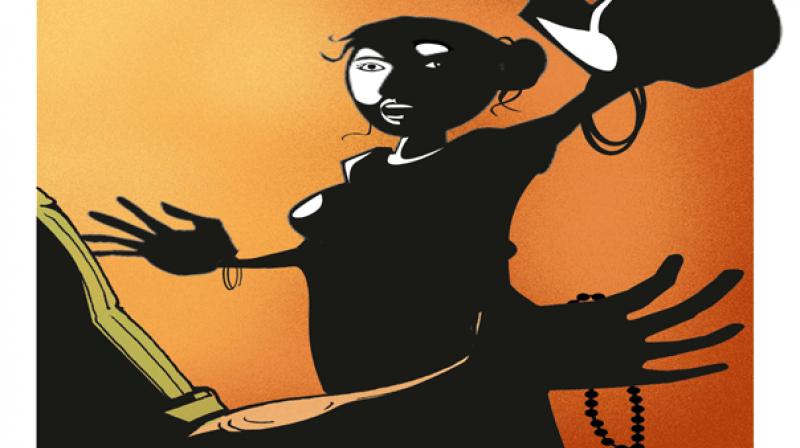 he crime took place when Sujata Singh, 50, was going towards Rohini Sector 18.

NEW DELHI: Even as the police commissioner claims to have nipped crime in the bud in the capital, three women fell victim to snatchers in separate cases, while a DU assistant professor’s home and a businessman were robbed at gunpoint.

In the first case, two bike-borne men snatched the purse of a woman travelling in an e-rickshaw in Rohini area. The crime took place when Sujata Singh, 50, was going towards Rohini Sector 18. Her purse contained Rs 6,200 and a mobile phone. The police has ordered an inquest into the same.

In another case, a bike-borne snatcher took away a woman’s gold chain when she was proceeding to a gym on Wednesday afternoon in Karkadoma.

The victim Rekha, 52 a resident of Karkadoma, said that the snatcher poushed her and fled with her gold chain. By the time the police arrived,  the snatcher had fled so she filed a complaint at Anand Vihar police station.

The police said that raids were being conducted to nab him .

In another case, an elderly woman was robbed by two bike-borne snatchers in Rohini on Wednesday. The snatchers fled with Rs 31,000, a  mobile phone and bank documents. The victim Usha Puri, 63, had withdrawn money from the bank and was waiting for an auto when two persons on bike came and snatched her bag.

The police have registered a case of snatching.

In yet another case, in Gandhi Nagar area, an elderly businessman, who runs a garment store in the area, was robbed of Rs 3 lakh at gunpoint on Wednesday night. To deviate the crowd’s attention, they enacted a drama of road rage. Meanwhile, he pointed a pistol towards Subhash Jain, 62, snatched his bag and fled, the police said. A  case has been filed by the police in Dabri area, the home of DU asst professer Nupur Tyagi, 30, was robbed in daylight on Wednesday afternoon. Cash, gold and diamond jewellery worth lakhs of rupees was robbed from her home.

Later the robbers broke into another flat and took away Rs 5,000 and a mobile tablet.