Iqbal was a car mechanic but due to his ailment he was not working for the past one year. 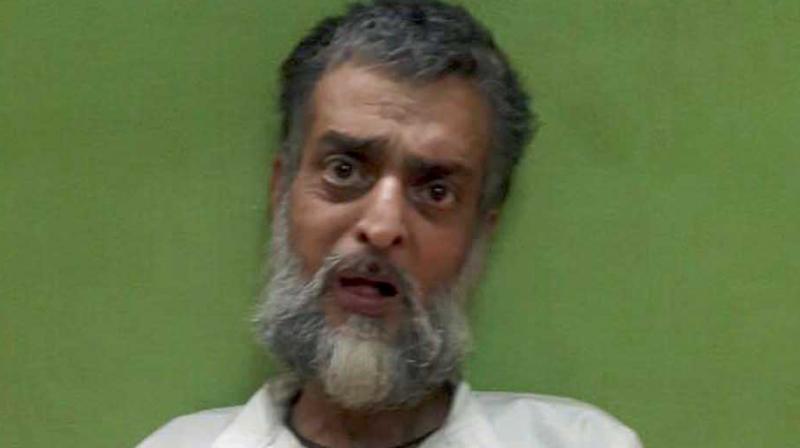 New Delhi: A 46-year-old paralytic person was charred to death in a tragic fire that broke out in flat located in Central Delhi’s Chandni Mahal area late Friday night.

The deceased has been identified as Iqbal, who lived with his family in the flat.

According to the police, the fire broke out at around 11.40 pm and soon engulfed the house of Iqbal located on the first floor. Iqbal suffered from multiple ailments. He was bedridden for months now. When the incident happened, his family members were out to attend a function.

“Preliminary investigation found that electrical short circuit in drawing room was the cause of fire. To figure out the exact cause, a forensic team also visited the spot,” said a senior police official.

It was the neighbours who first spotted the fire. The fire was spotted in the flat and soon, the curtains on the window caught fire and within seconds the fire spread all over the flat, said a neighbour.

“Iqbal was ill and could not move. We tried to save him but couldn’t. We also tried to douse the fire but it was strong enough to sustain for some time,” said Rizwan, a resident of Candni Mahal where the incident happened.

Neighbours said that the residents of the second floor had to jump to the other roof to save their lives.

“The intensity of the fire forced the top floor residents to jump to adjacent buildings. No other person was reported injured,” said one neighbour.

“It took some time for the fire tenders to reach the spot as the roads are narrow. However, by the time the flames were doused the man was already charred to death,” said a senior police officer.

Iqbal was a car mechanic but due to his ailment he was not working for the past one year.

He is survived by his wife, three daughters and a son.