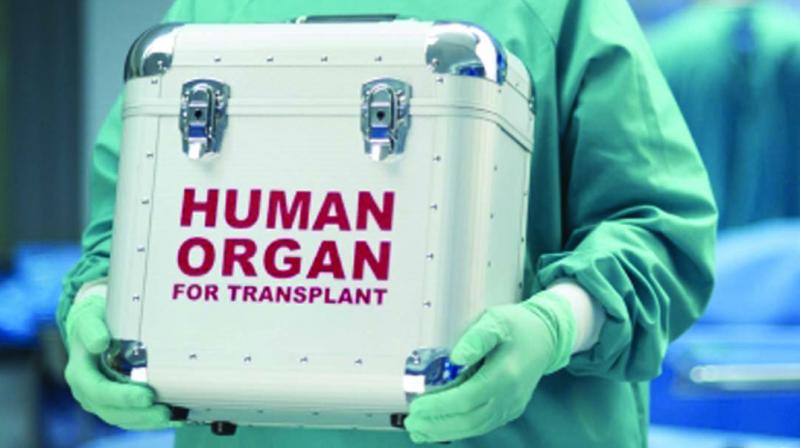 Demand for two lakh kidney transplants annually, only 8,000 are being done.

New Delhi: Around five lakh Indians die waiting for an organ every year. The perpetual problem of shortage of organs has led to an ever-increasing demand supply gap, even though every person who dies naturally or is declared brain dead is a potential donor.

Sample this — according to figures with the National Organ Transplant and Tissue Organisation (NOTTO), while there is a demand for two lakh kidney transplants annually, only 8,000 are being done. Similarly, around 50,000 people need liver transplants and 30,000 need heart transplants against the availability of 3,000 and 100 respectively.

Besides, Delhi lags far behind in terms of organ donation when compared with other cities like Tamil Nadu, Telangana and Maharashtra.

The situation has improved a bit after formation of NOTTO in 2014. The body is the nodal networking agency which coordinates procurement, allocation, and distribution of organs in the country. However, there is still a long way to go. While in its first year, it coordinated 10 organ transplants, it increased to 78 in 2016.

The country sees around 1.3 lakh road accident deaths each year, of these 70 per cent are declared brain dead, which are potential organ donors. But most of them go waste due to various reasons ranging from unwilling families, religious beliefs and sometimes police intervention.

“There are myths and misconceptions among general public regarding organ donation. Out of every 100 cases we counsel (counselling families of brain dead patients), we receive success in only five of them. Most families do not give consent. Some have religious superstitions like in the next birth they won’t get the organ they donate,” said an official from NOTTO.

There is a need for a massive awareness campaigns and that at the moment is missing, believes Sunayana Singh, CEO, Organ India, an initiative by Parashar Foundation, a Delhi-based NGO, which works to propagate the cause.

“There are many myths surrounding donations. When we help in coordinating facilitation of organ donation, we receive questions like ‘where will the organs go’, ‘whether these will be given to rich or poor patients’. So, there is a need for an aggressive awareness drive to address these queries and make people more aware about the process,” said Ms Singh.

According to the transplant law, organs for transplants can be retrieved in four ways: through cadavers or brain dead patients with the consent of their families, from living donors who include spouse and blood relations, from living donors who donate out of love and affection for the patient, without any commercial motive, or ‘swap donors’ in which a willing close-relation donor, who is incompatible with the patient, exchanges his or her kidneys with another donor and recipient pair.

Also, according to the law, retrieval of organs has to happen before post-mortem but in some cases, the transplant coordinators have a hard time convincing the police for it.

“We show them the guidelines but they are in a hurry to do the post-mortem. In the last two-three months, we have lost so many such cases where the family is willing but police is not,” said the official, who did not wish to be identified.

Lack of infrastructure in various parts of the country is another hindrance in the process. States like Chhattisgarh, Jharkhand, Odisha, Bihar, and Jammu and Kashmir do not see any donation or transplant activity due to lack of trained experts to perform these procedures.

When it comes to the national capital, while private hospitals and those under Central government like AIIMS are conducting transplants, hospitals under Delhi government like Lok Nayak Jai Prakash (LNJP), GTB, etc which see a huge rush do not even have organ retrieval centres.

“Delhi government hospitals are not registered with NOTTO or state transplant authority yet. We cannot say that hospitals like LNJP do not have proper infrastructure in place. I don’t know whether the problem is at administration level or technical,” the official said.

At times, even if an organ is available for immediate transplant, families cannot afford the high costs for such transplants. At private hospitals, a liver transplant costs anywhere between 20-22 lakh, heart transplant around 15-20 lakh, and kidney transplant around 5 lakh. In government ones like AIIMS, most of the transplants are done free of cost and rest at subsidised rates.

Ms Singh said that the states should follow the Tamil Nadu model under which the government has set up a corpus fund to provide financial help to patients in need of transplants and also for post-operative medication.

“It will still take five more years to see some change,” said the official from NOTTO.