He was nabbed from Handwara in N. Kashmir in November last. 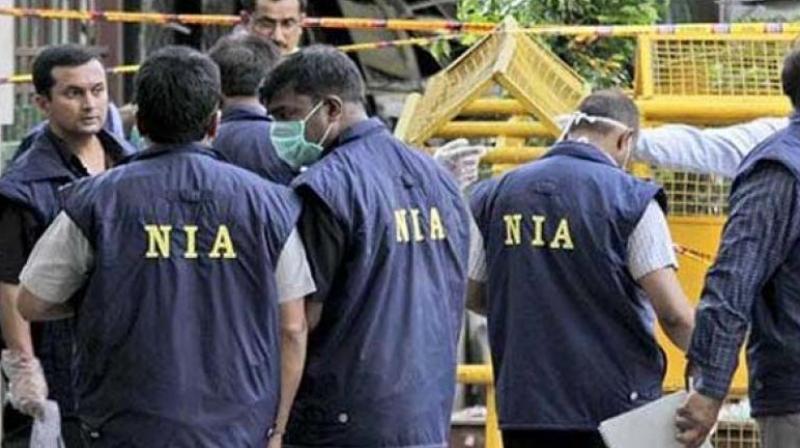 New Delhi: The National Investigating Agency (Indian Penal Code) on Friday filed a charge sheet in a city court against an alleged Lashkar-e-Tayyaba terrorist, saying he had infiltrated into India intending to carry out terror attacks in different areas including Delhi.

Mohammed Amir Awan was nabbed by the army on November 24 last year from Handwara area of North Kashmir during an intensive search launched after an encounter in the area three days before, that had left three alleged Lashkar militants dead. One soldier was also killed during the encounter.

The charge sheet, filed before District Judge Poonam A Bamba, said "Mohammad Amir, along with three others, had illegally infiltrated into Indian Territory from Pakistan along with weapons, ammunition, grenades, navigation and communication equipment with an intention to carry out terrorist attack at different parts of India including Delhi upon the directions of their handlers in Pakistan,"

The final report, filed during an in-chamber proceeding, was understood to have been filed under section 120-B (criminal conspiracy) and other sections of Indian Penal Code and various provisions of Unlawful Activities (Prevention) Act, including section 20 (punishment for being member of terrorist organisation).

Awan is currently is in judicial custody. The matter was transferred to the NIA, which had registered a case on November 26 and took custody of the alleged terrorist.

During initial interrogation, he had identified himself as Mohammed Amir Awan whose code in the Lashkar terror group was Abu Haamaz, the NIA said.

The accused had told his interrogators that he hailed from Bardiya town near the port city of Karachi and was recruited and trained by the terror group.

The terrorist was allegedly pushed into the Kashmir valley from Pakistan-occupied Kashmir to carry out attacks on various important installations in the Valley, the agency had said.