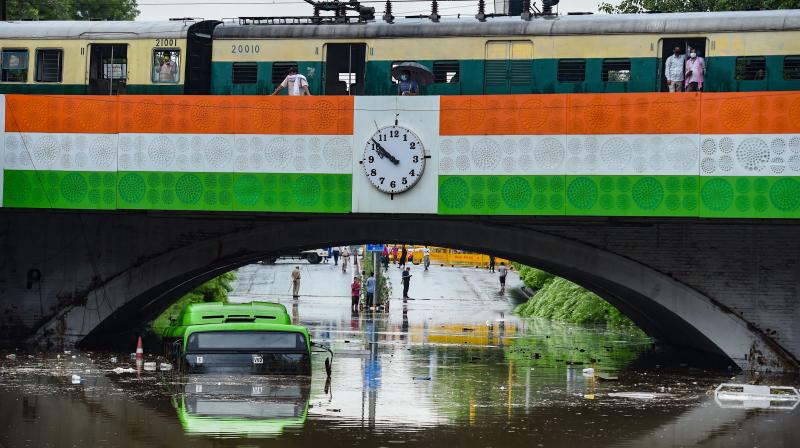 Waterlogging in several areas of the national capital due to heavy rains affected movement of traffic in the city on Sunday, officials said.

Many residents shared on social media videos and pictures of rainwater gushing into their houses and vehicles wading through waterlogged roads.

Traffic slowed down from Azadpur to Mukarba Chowk due to waterlogging near GTK Depot, according to police.

"Traffic is affected from Yashwant Place to Ashoka Road due to water logging," the Delhi Traffic Police said in a series of alerts posted on Twitter.

Movement of traffic has also been affected at W point, Ramcharan Aggarwal Chowk and from Ring Road towards Bhairon Road due to waterlogging, the police informed commuters.

According to the Delhi fire department, a bus and two autorickshaws were stuck at the Minto Bridge underpass due to heavy waterlogging.

"We received a call around 7:54 AM. Our team reached the spot where a bus and two autorickshaws were stuck due to waterlogging. The driver and the conductor of the bus and an auto driver were safely rescued by our personnel," said Atul Garg, Director, Delhi Fire Service.

There were no passengers on board the bus, he said.