ONGC filed a complaint that anonymous persons are duping unemployed youths on the pretext of providing jobs in the company. 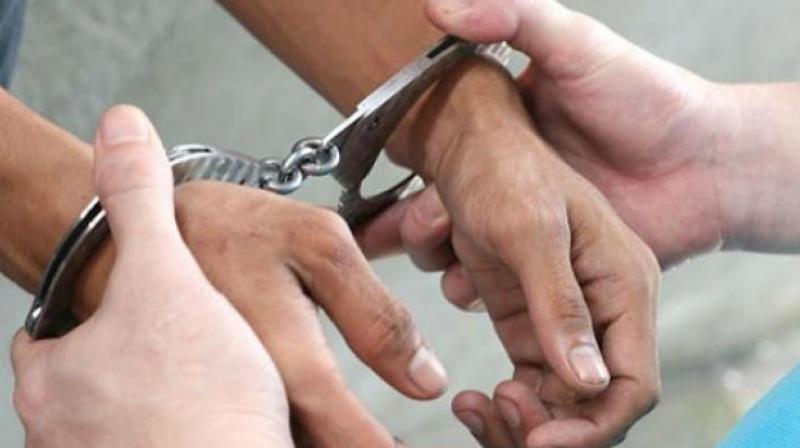 To bust this syndicate, a 12 men team of crime branch under the supervision of ACP Aditya Gautam and DCP Bhisham Singh was constituted. (Representational image)

New Delhi: The Crime Branch of Delhi police busted a pan India gang involved in fake recruitment in ONGC, with the arrest of seven persons including two employees of the ministry of rural development.

The arrested accused were identified as Jagdish Raj (58), Sandeep Kumar (31), Wasim (28), Ankit Gupta (32), Vishal Goel (27), Suman Saurabh (32) and Kishore Kunal (32). Kishore alias Randhir was the kingpin of the gang, while Jagdish and Sandeep are posted in the ministry of rural development, police said.

ONGC filed a complaint that anonymous persons are duping unemployed youths on the pretext of providing a post of assistant engineer in ONGC.

During the investigation, it was revealed that the victims received e-mails from official ONGC account and were interviewed at Krishi Bhawan.

The victims were introduced to Randhir who took R22 lakh from them for jobs in ONGC. But later on everything went off the radar. The revelations made by the victims pointed towards an organized cheating syndicate, said additional CP (crime) Rajeev Ranjan.

To bust this syndicate, a 12 men team of crime branch under the supervision of ACP Aditya Gautam and DCP Bhisham Singh was constituted.

After technical investigation, prime accused Kunal was nabbed who revealed the modus operandi of the gang, and on his instance other accused were also apprehended.

It was further revealed that the gang had roots in Hyderabad where Ravi Chandra, who runs a consultancy firm, used to shortlist victims and introduce them to Kunal who collected the education certificates and money from them.

Then the other accused posed as employees of ONGC conducted a fake interview of the candidates in the cabin arranged by Jagdish in Krishi Bhawan.