Security in Nirankari Colony beefed up after Punjab blast 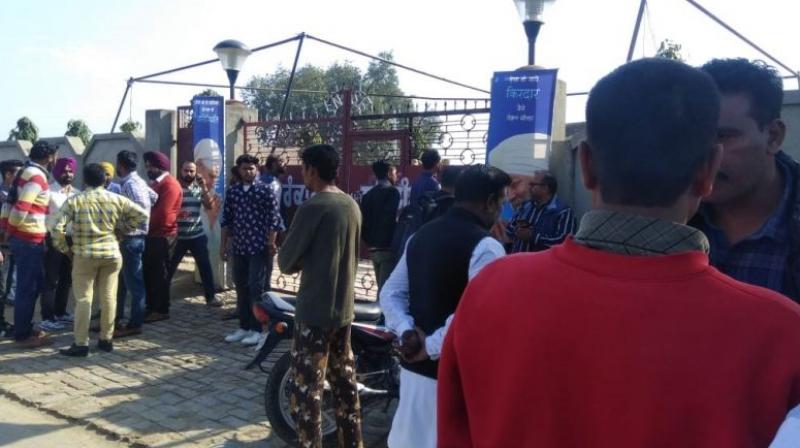 New Delhi: A locality, which usually brims with students, was turned into a fortress on Sunday. Security apparatus was beefed up in Nirankari Colony in Northwest Delhi along with other areas of the national capital after a grenade attack took place on the outskirts of Amritsar city in Punjab. The incident left at least three persons dead and several injured on Sunday morning.

The security has been reviewed in Delhi and NCR region and all agencies have been directed to remain vigilant.

Security was also beefed up at Pragati maidan where trade fair is taking place after the blast as movement of CISF personnel along with other security personnel was seen.

“People should not believe in any sort of rumours as we can defeat such elements who want to create communal disturbance,” said Agyeya, a Nirankari devotee.

Just a week before the annual meet of the Nirankaris, which is a religious congregation, this blast shocked the devotees and the administration.

Scores of followers are likely to be present in the annual meet, which is to be held in Haryana’s Samalkha area from November 24. This incident has brought the security agencies and administration on their toes.

“Last year, lakhs of devotees from all across India were present at the three-day Nirankari Sant Samagam. Our staff looks after the security arrangements with the help of the police, but this attack has shocked us,” said a follower.

The Nirankari Colony in North Delhi, which is an area filled with students and UPSC aspirants, saw around two dozen Delhi police personnel putting blockades on either sides of the roads.

“In the morning, we saw police vehicles lining up in the locality. Initially, we thought it would be some sort of routine activity, but later on media people were also seen in the area. Updates kept flooding the phone about the blast in Punjab, which was a bit frightening,” said a student, who lives in the locality.

There are almost 20 Nirankari ashrams in the city where security has been tightened, including prime areas of the national capital.