The licence of the hospital was cancelled in December, days after the hospital erroneously declared a newborn twin ‘dead’. 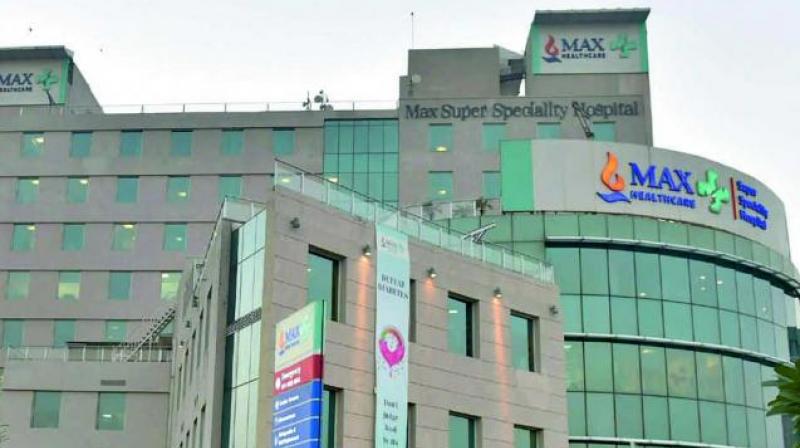 Max Hospital, Shalimar Bagh was in January granted permission to continue operations for a month by the court of Financial Commissioner, which had earlier issued a stay order on the Aam Aadmi Party (AAP) government’s decision to cancel the licence of the
hospital.

The licence of the hospital was cancelled in December, days after the hospital erroneously declared a newborn twin ‘dead’.

The other twin, a girl, was still-born. The infant boy died a week later at a nursing home in Pitampura.

“The case came up for hearing on February 16, but the complainant was not present. So, we have moved the date. We want all parties to be present when the hearing takes place,” said DMC Registrar Girish Tyagi.

The executive committee of the medical body has formed an expert panel comprising pediatricians and gynaecologists that will prepare a report in the matter.

“We have sent the communication to the aggrieved family and most likely the hearing would take place in the first week of March,” he said.

Last week, representatives from the Max Healthcare and the doctors and nurses, involved in the case, came and a brief meeting was held, he added.

In early January, the Delhi police had said that it would proceed with its investigation into the case only after receiving a reply from the medical council whether there was any medical negligence in the matter.

The council has already received replies from the nine doctors and two nurses of the Max Hospital, Shalimar Bagh, who were issued notices in December last for alleged medical negligence in connection with the case.

The medical council sought a reply from the hospital and they have submitted it.

The case was shifted to Crime Branch on December 6 last, the infant boy died at the Pitampura nursing home after battling for life for a week.

The decision to cancel the license was taken after a three-member committee, which has been set up by the government, found the hospital guilty of medical negligence and of not having followed “prescribed medical norms” in dealing with newborn infants.