The talks, which lasted for almost three hours, will continue on Thursday. 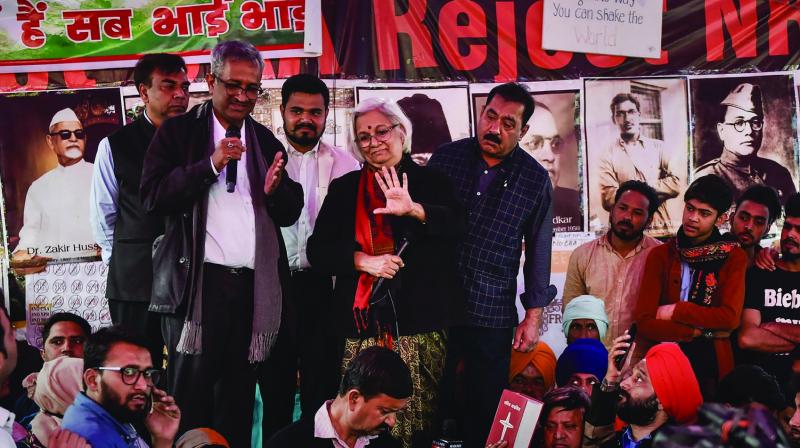 New Delhi: The Supreme Court appointed interlocutors on Wednesday visited Shaheen Bagh to initiate talks with the protesters asserting that the top court has upheld their right to protest but it should not affect the rights of other citizens. Advocates Sanjay Hegde and Sadhana Ramachandran as well as former bureaucrat Wajahat Habibullah went to Shaheen Bagh to speak to the protesters and attempted to find out a way to end the protest. The talks, which lasted for almost three hours, will continue on Thursday.

“The Supreme Court has upheld your right to protest. But then other citizens also have their rights and it should also be maintained,” Ms Ramachandran told the crowd assembled at the protest site. “We want to together find a solution to the problem. We will listen to everyone,” she said in Hindi.

Mr Hegde explained the Supreme Court order to the protesters. This was translated into Hindi by Ms Ramachandran. The protesters have been on a sit-in against the new citizenship law since December 15 last year. Many of the protesters said that they would clear the protest site only after the CAA, NRC and NPR were removed.

Responding to the concerns raised by the protesting women, Ms Ramachandran said that all the points will be put forward before the Supreme Court and discussed in detail. “However, I want to say one thing. A country that has daughters like you can never face any threats,” she added.

The women, young and old, tried to explain their point of view to the interlocutors. A woman broke down while talking to the mediators. She said they are protesting to save the Constitution but people see only the inconvenience of commuters who have the option of taking so many other roads. “Aren’t we facing inconvenience sitting here in cold nights, without food, taking our children to the protest. We are ourselves so troubled, what trouble will we cause to citizens?”