No provision of formal education in many institutions, claims study. 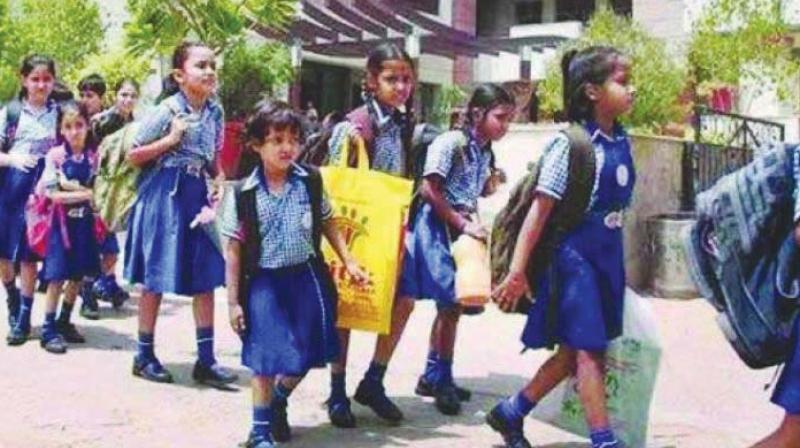 New Delhi: A study on child care institutions (CCIs) in Delhi has found that education facilities in most of the homes were “grossly inadequate” and need to be revamped with immediate effect.

The first of its kind study in India, commissioned by National Commission for Protection of Child Rights (NCPCR) and conducted by AIIMS, New Delhi, 414 children in 17 children homes and three observation homes were interviewed.

The study, conducted in 2015 by the psychiatry department, AIIMS, found that no education assessment is being done in any of the institutes. Some provide unstructured informal education, but have not enrolled children in open schools or for private coaching or tuitions.

“Educational assessment of each child should be performed at the time of admission into the home. Non-formal classes should be regularised. Most of the homes do not have bridge courses, which need to be started. Further, there are no qualified tutors for the children presently at most of the homes. Regular tutors should be appointed or be outsourced. Also most homes don’t have suggestion boxes for use by children and need to be installed,” according to the survey.

“Non-formal classes are presently being held in most of the homes, but the content of these need to be standardised. There should be some guidelines for the educators as to what topics are to be touched upon in non-formal classes. Discussions among the children should be encouraged in such classes, which is presently not being done,” the report read.

It added that some of the children in a few homes have not been enrolled in a regular school for various reasons. “This should be urgently resolved. Homes must be provided with norms such as a deadline for a child to be enrolled in a school after being admitted to the institution. Schooling should be made compulsory for every child in keeping with his or her capacities,” it said.

The report also suggested that the facilities need to be revamped and that not providing education is a hindrance for the children to become self-sufficient individuals.