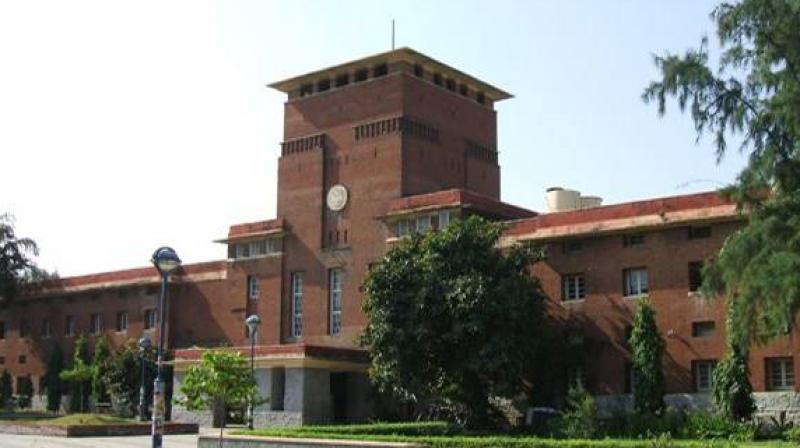 New Delhi: Irked over the admission process and fee structure of girls’ hostel, five students of Delhi University’s Hindu College have filed a writ petition in Delhi high court saying that the same are not at par with that for boys’ hostel.

The petition filed through advocate Subhash Chandran KR said that the admission procedure, fee structure, norms and functioning of the girl’s hostel of Hindu College, were being violative of Articles 14, 15 and 21 of the “Constitution of India” and were in derogation of University Grants Commission Regulations, 2015.

“According to the information from personal mails sent to the students who got admission to hostel, the annual fee is Rs 91,000, whereas for boys, it is only Rs 57,900 per year. This stark disparity in the fee structure is a serious violation of fundamental rights and a clear case of gender discrimination on the same premises,” the petition said.

“Recently it has come to light that the newly built girls’ hostel of Hindu College again announced the admissions in the last week of July with a discriminatory fee structure as well as rules. There has been no offline public notice calling for applications for admission to the girls’ hostel, unlike that was there in the case of boys’ hostel. The notice on the website of the college was open only for 2 days. No prospectus was issued and the fee structure and a handbook of information, rules and regulations etc., were sent to the students through personal mails after admission. This kind of non-transparency has become a concern among the students,” the petition claimed.

The petitioners urged for the immediate interference of the court, for the reconsideration of admission process to the girls’ hostel with prospectus, proper breakage of fee structure and parity with the fee structure of boy’s hostel and to constitute the hostel committee as prescribed in the Constitution of Staff Council.

A series of events took place at the end of last year, when the college administrators announced the annual fees to be Rs 1,22,500 for girl’s hostel and Rs 47,060 for boy’s hostel. In response, the administration had put the hostel admission on hold.