Harsh Vardhan, Hans Raj Hans and Ramesh Bidhuri were missing from the lower house during the air pollution debate. 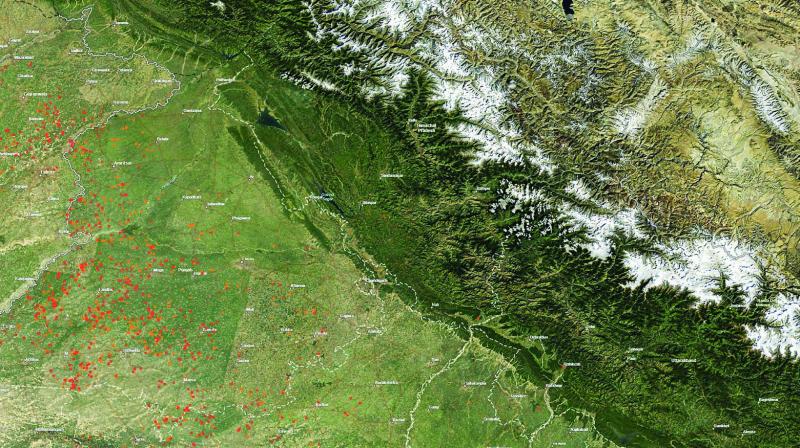 New Delhi: BJP MP from East Delhi and former cricketer Gautam Gambhir, who faced a lot of brickbats for skipping a key Parliamentary panel meeting on air pollution, on Tuesday marked his presence in the Lok Sabha during a discussion on the issue. He appealed that it affects everyone and there should be no politics
over it.

Participating in a discussion on air pollution and climate change, which was initiated by Congress MP Manish Tewari, Mr Gambhir said that the issue affects everyone irrespective of “our caste, creed, age and religion. It is affecting us while we stand and talk about it in Parliament. It’s high time we stop politicising this issue. The people have given us the mandate to do something constructive and therefore we should discuss strategies to resolve this burning issue, rather than waste our time in maligning each other”.

Meanwhile, BJP members from Delhi severely criticised the chief minister Arvind Kejriwal during the discussion, which remained inconclusive and will continue on November 20 also, claiming inaction over his part towards curbing the menace of air pollution.

They said that instead of taking concrete steps to control growing air pollution, Mr Kejriwal was busy blaming farmers from neighbouring states like Punjab, Haryana and Uttar Pradesh for burning crop remain.

Participating in the discussion, BJP MP from West Delhi Pravesh Verma, slammed the AAP government in Delhi for blaming stubble burning for pollution in the National Capital Region and ignoring major pollutants, including vehicles and dust. Interestingly only 4 of the BJP’s 7 Delhi MPs took part in the debate. Harsh Vardhan, Hans Raj Hans and Ramesh Bidhuri were missing from the lower house during the air pollution debate. During the discussion, members cutting across party lines demanded in the Lok Sabha integrated action by the government to deal with air pollution while stressing that it was wrong to blame farmers alone for deteriorating air quality in Delhi. Mr Tewari said that the issue was beyond politics and it is a matter of serious concern that in WHO’s list of 15 most polluted cities in the world, 14 belonged to India alone and Delhi was one of them.

“Our Parliament is in Delhi, the Central and state governments, as well as all key departments, are in the national capital, which becomes a gas chamber every year during the onset of the winter season. This is a matter of serious concern,” the Congress MP said.

Most of members said vehicles, dust, construction and industries, power plants too are responsible for poor air quality and farmers of neighbouring states should not be blamed alone. They demanded that the Centre, as well as states, should take tough measures to deal with the menace as air pollution was not only impacting Delhi but also various other cities of the country.